Leave my boat and do not darken its doors ever again....

.... and with that the old batteries were swapped over. When we got Percy there were a couple of 85 amp/h batteries installed with a 90 amp/h starter. Kev my neighbour had a couple of 110's he had got under warranty from Norbury I brought off him and they lasted a just short of a coupe of years and were never looked after.

Even with my modest power demands they slowly lost more every evening and last time Rachel was aboard we killed them to the point the bath pump would not operate.  So they were replaced with a couple of 110 sealed types and as there was a deal on at MC I replaced the starter at the same time.

They are doing very well, I have not run the engine this week... the solar topping them up and the fridge is off as the back cabin is now may fridge/larder for the rest of the winter. In fact it is colder in the back cabin than the fridge was! One of the benefits of Percy is its compartmentalisation.... lots of doors. This keeps the bathroom/bedroom kitchen and saloon warm with the engine room buffering the back cabin. Fridge in the back cabin currently 26c in the saloon.

Anyhow a before  picture.... 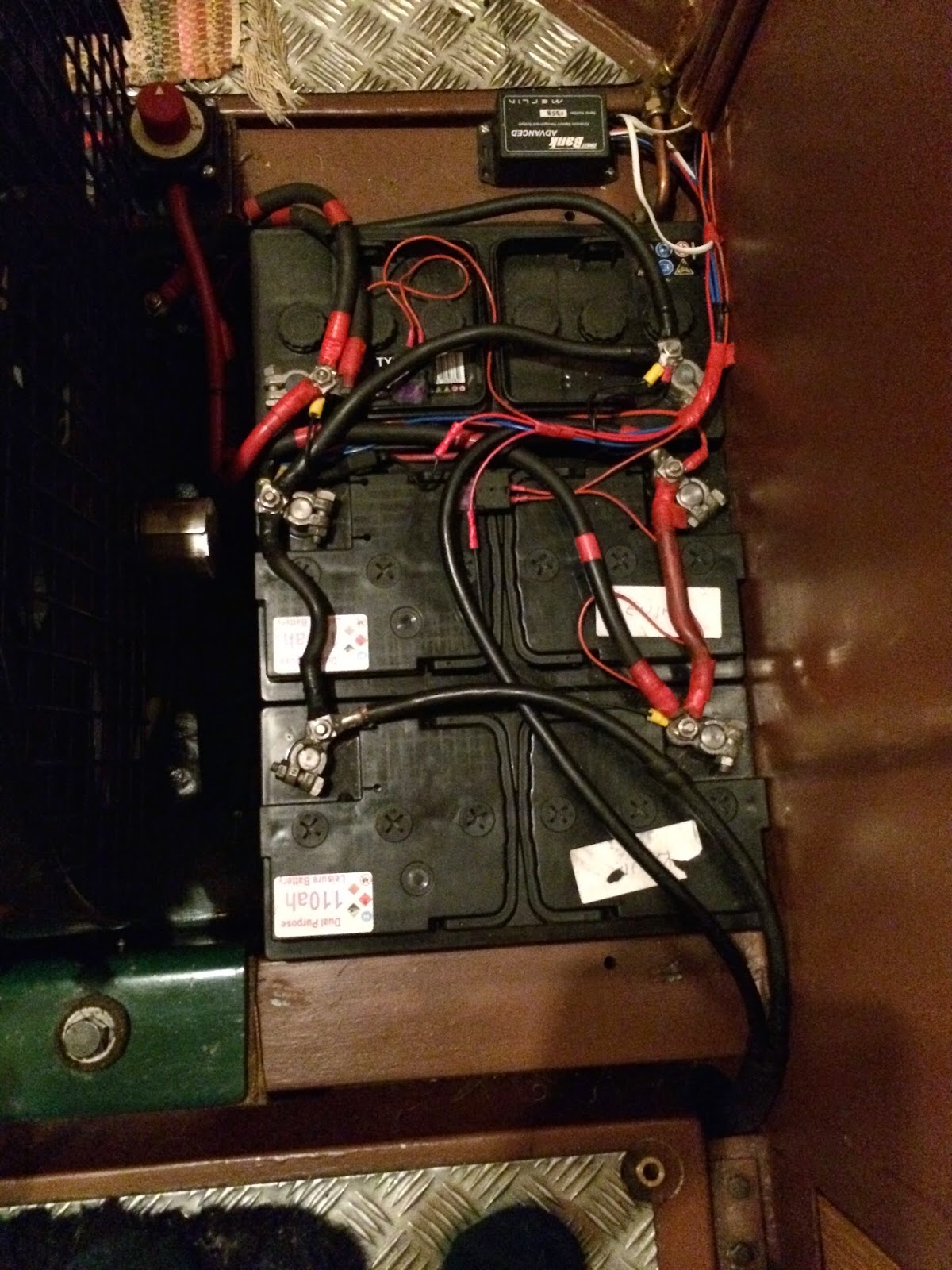 ....and the after picture 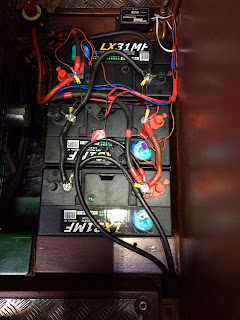 One benefit was the threaded posts rather than clamps.... tidier and tighter fit and safer when installing as you can see they are close to the bulkhead. It is a job to to when you are not in a rush.

Lots of other stuff that I should have blogged about but when you send so much time aboard there seems less time or maybe less inclination to blog, shame really.

What instrumentation do you have to keep an eye on the state of charge of your batteries?

We use a Smartgauge.... with a smart bank relay.