Yesterday was always going to be a longish day but an invite somewhere on Monday saw us making a seven hour day into a thirteen hour day. 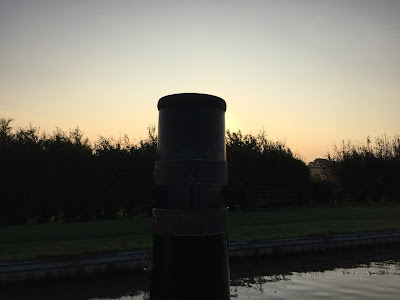 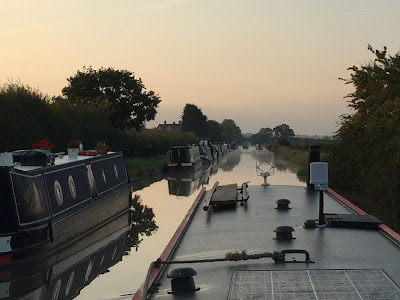 When we got to the bottom lock at Audlem I realised it was John and Jan on NB Jubilee. We made it up the flight in about 2 hours 45 minutes with the help of John and Jan who set a few locks for us (we forgot to say thank you - so a heart felt thank you). We also met Nick on NB Mintball (great name) towards the top of the flight.

There was a lack of water evident on the flight and the canal in general. The by-washes were non existent. This slowed us later for a couple of reasons .... 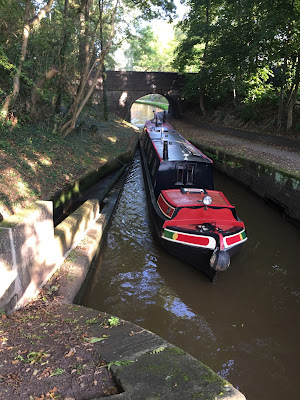 Nick on Mintball, nice to meet you. 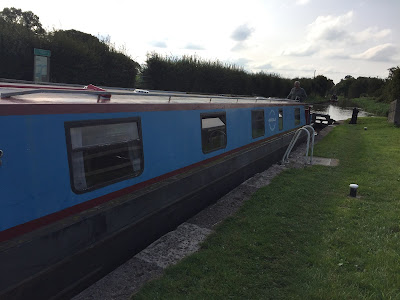 We cleared the Adderley flight and took a three hour siesta in the beautiful woods before Market Drayton, supposedly haunted. We did consider an overnight here and a longer day on Sunday for out return but in the end took a calculated gamble on Tyrley lock moorings.....

As we cruised through Market Drayton we hailed our lock wheelers.... might they have something to tell ? 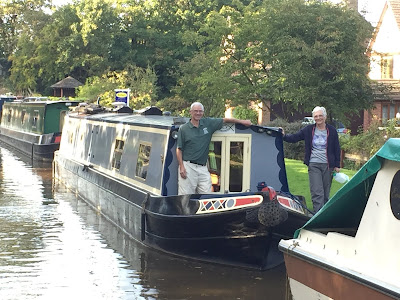 Then it was the slow chug to the Tyrley flight. Here it got very slow as the boat in front would not exit the lock until his crew had emptied the lock in front  ( no one coming down). He held in the lock so we could not close the gate and  empty it and make our progress. He said he was concerned he would be grounded in the pounds ? (despite his lock wheeler emptying water into the pounds from the lock above - can you figure that out  - we could not. ) So we had a very slow passage through these locks in the fading lights.
Then our planned moorings for the night were full, every time we have been this way before - including late on the way out there were moorings but not today so off we went through the Woodseves cutting .... in the ever fading light. The water levels being low made passage through the cutting very slow but still very atmospheric and enjoyable. We both showered on the move and Rachel set to making a meal. 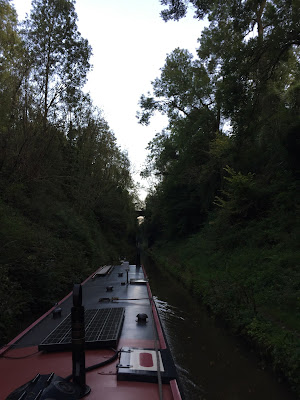 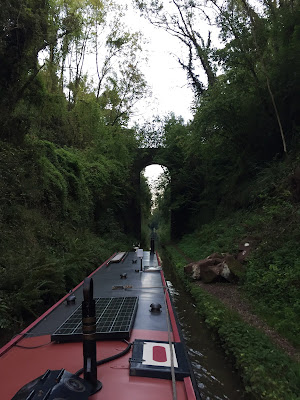 By the time we came out of the cutting it was getting dark to the point I put on the headlight - on the way out on this trip the light was also used !
I do like cruising in the early mornings and the late evenings 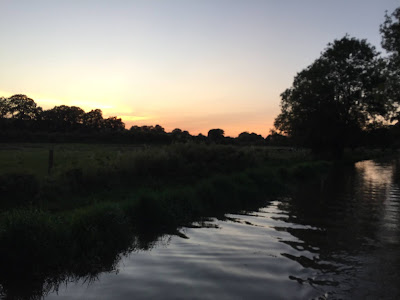 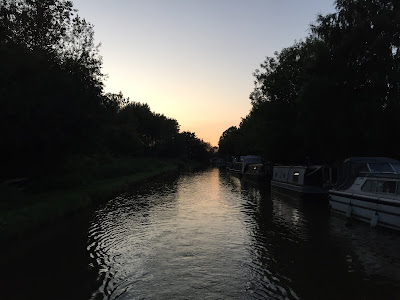 We eventually put pins in at Soudley  - well out from the bank but it had been a 13 hour day and we had enjoyed every minute of it.