Friday was our 29th wedding anniversary, on valentines day, yep that is me the old romantic !! We took the opportunity to take ourselves away for a couple of nights to North Wales, to the Sychnant Pass country house 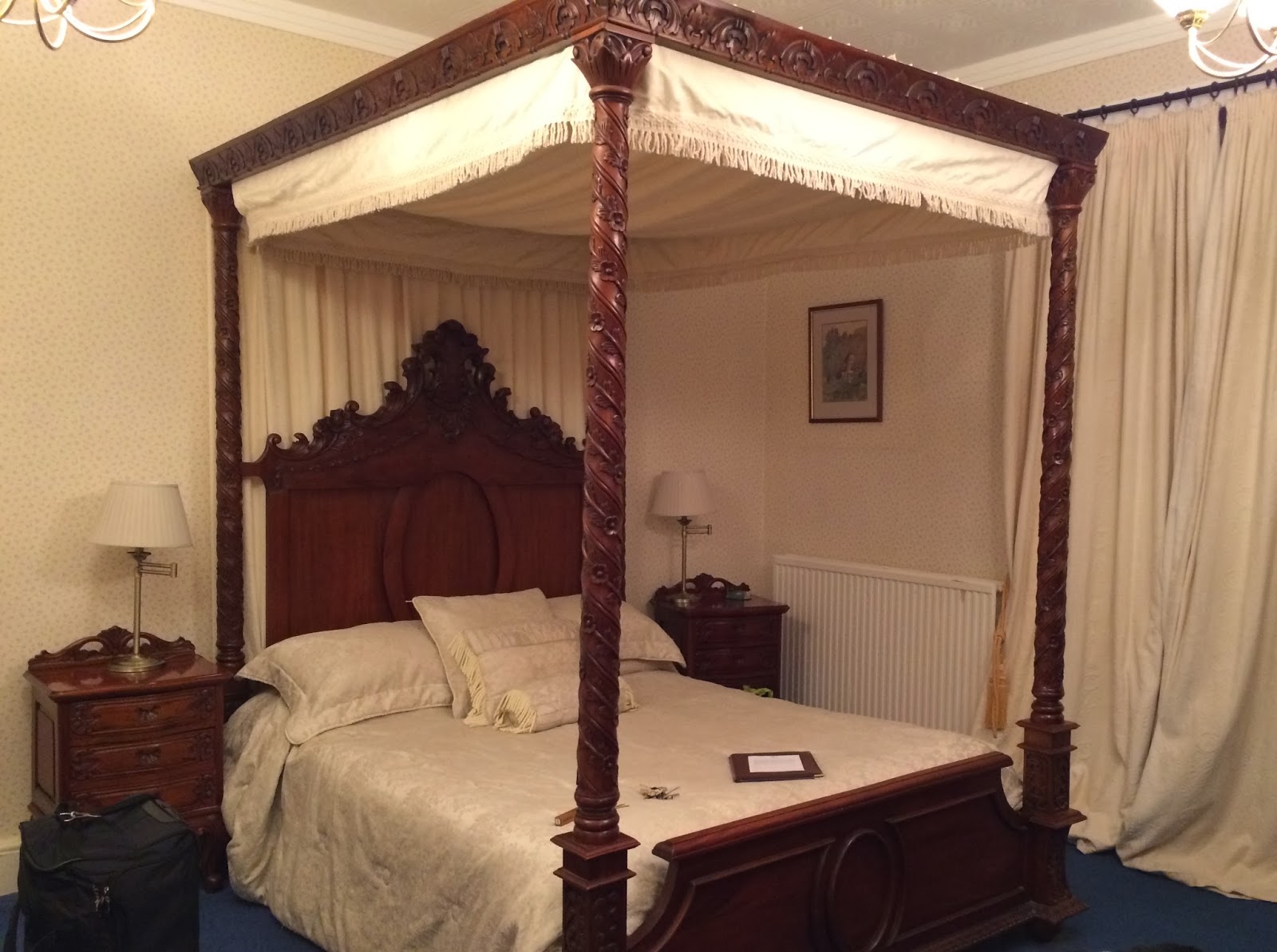 It is a lovely place with a very friendly host and top food. We used it as a base to view a range of properties we may consider as one of the plans we are cooking at the moment. Our lives are jigsaw puzzles at the moment and until we can start joining a few pieces together we cannot see what the picture of our future is.

One thing for sure it was a good way to see Wales, very wet and stormy. Rachel is aware of how Wales can be, she lived on Anglesey for many years and Charles her late father lives there pretty much all of his adult life.

We saw some stunning properties, some very rural that I would imagine brings its own challenges. We were lucky we visited two days after the really big storm and we saw many instances of its damage, including power lines still down. There were many instances where trees had been cleared from the road and they were big old trees !! We suspected it was the local community (farmers) which were out there keeping the roads open, but I expect there were many properties without and still without as we travelled around.

Some of the properties were so remote they were on gated roads.... good job I was driving ! 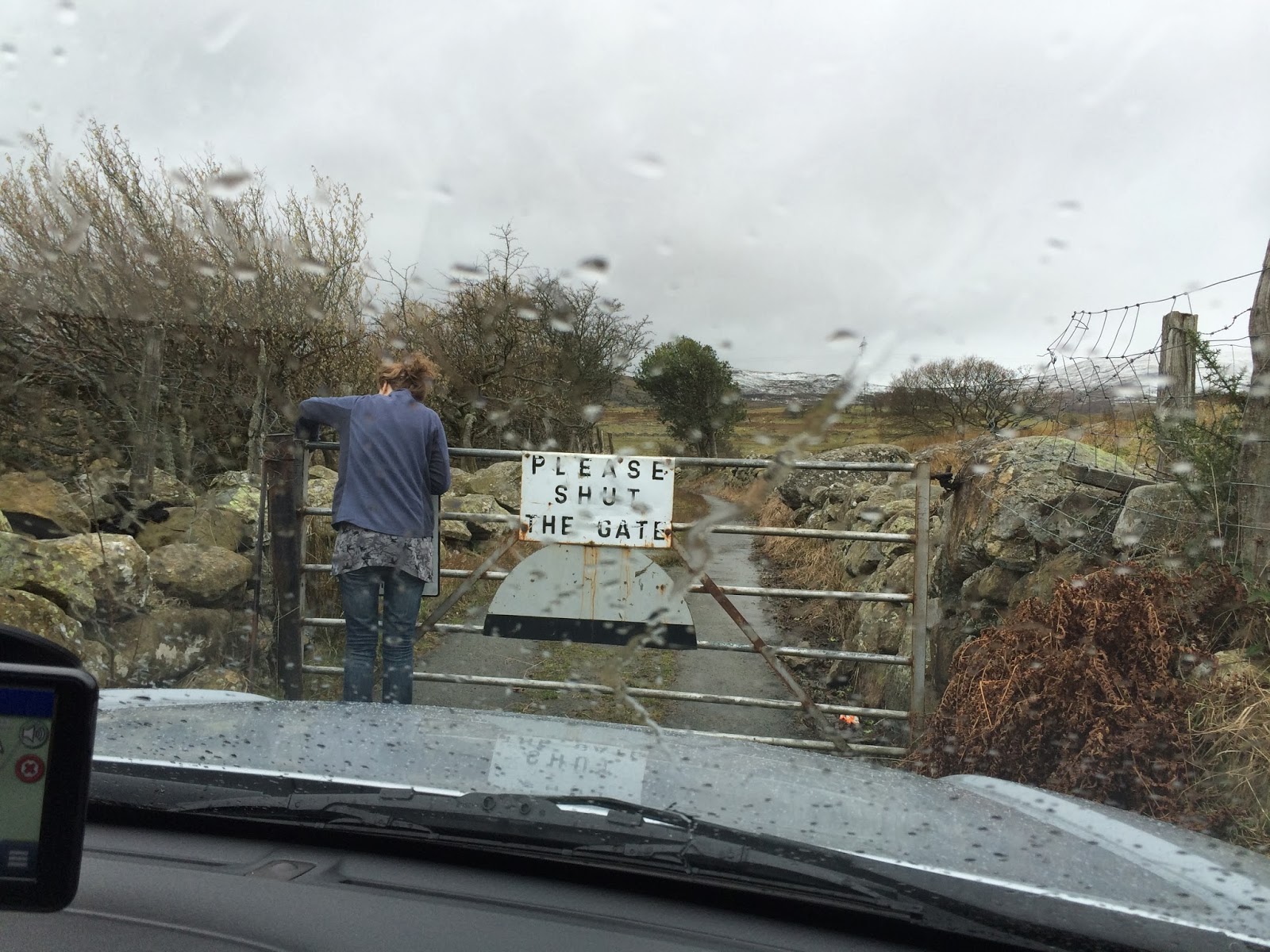 The rain was snow on the mountain tops. 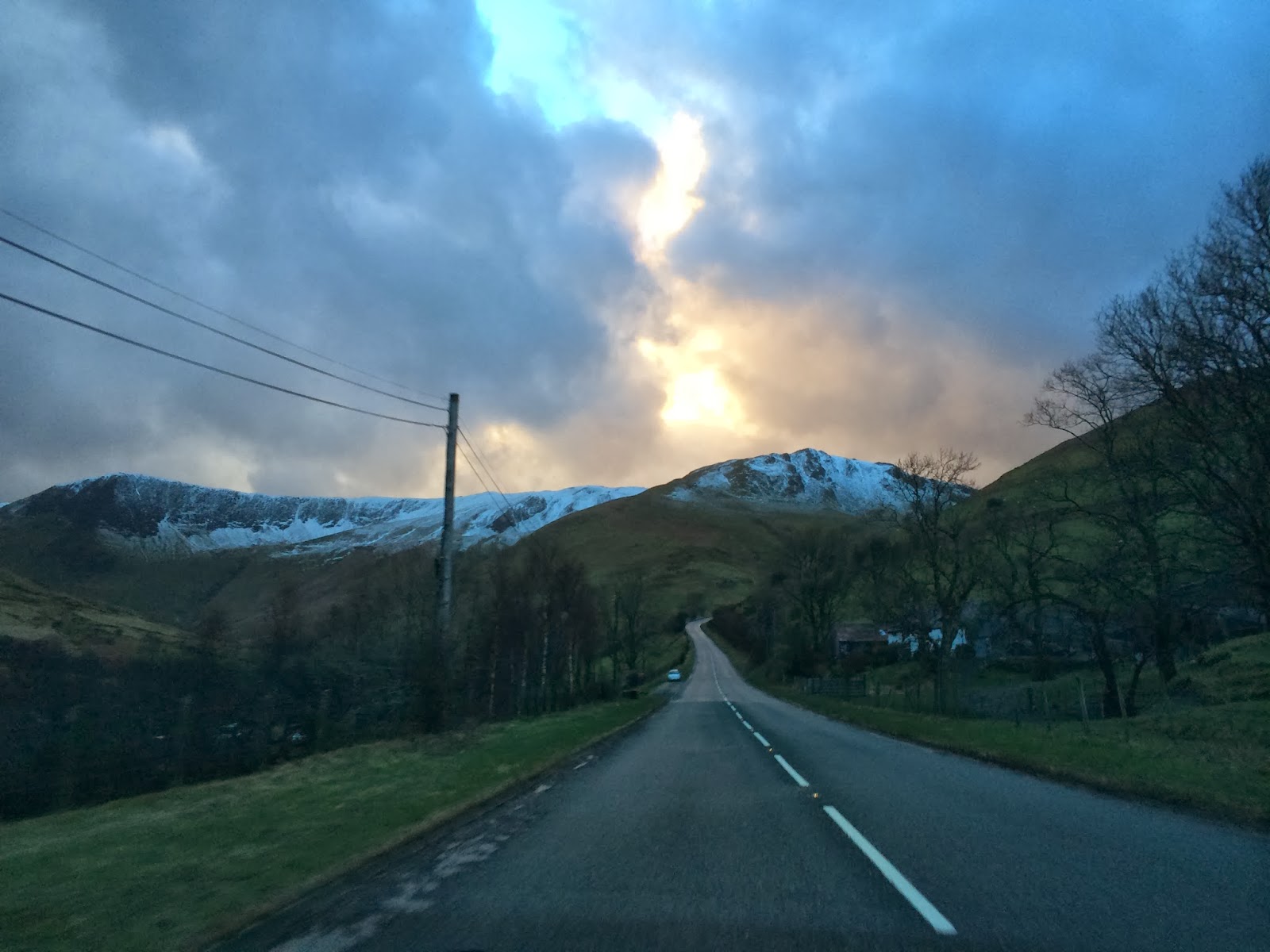 We started the day looking at a lock side property in Welshpool.... nice and a shame it is not yet connected ! 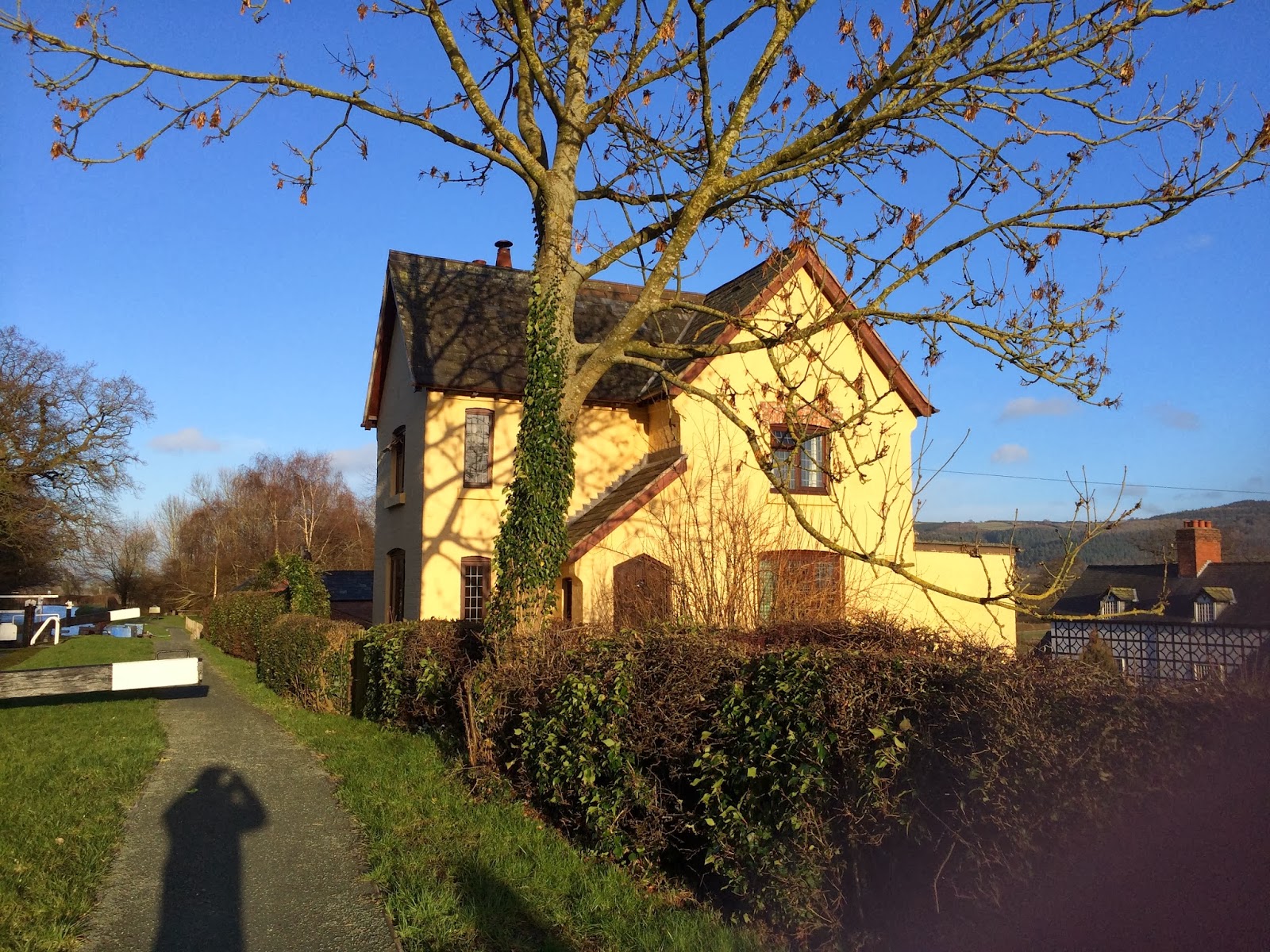 We finished the day at another canal side property, this one a lot different.... 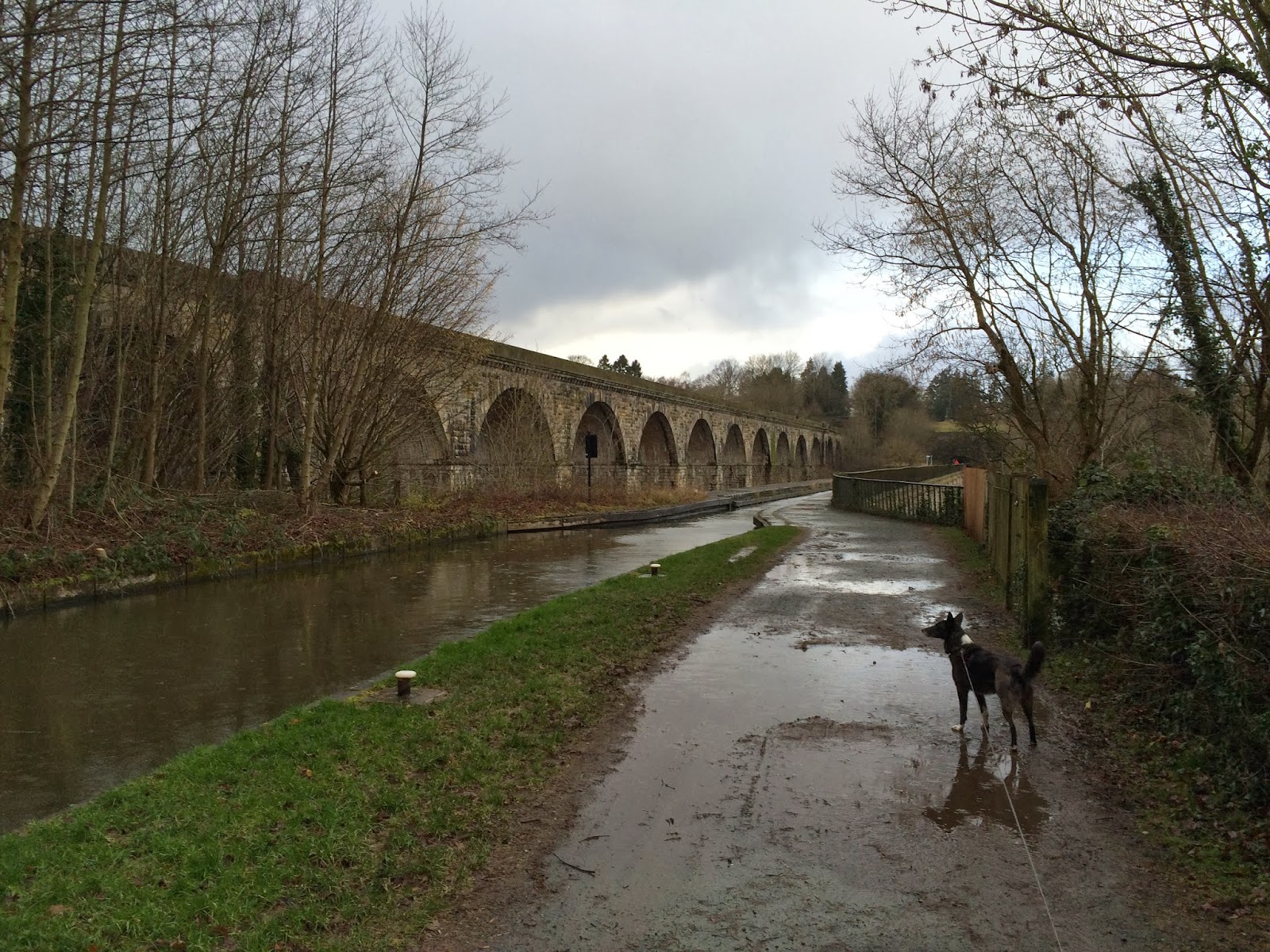 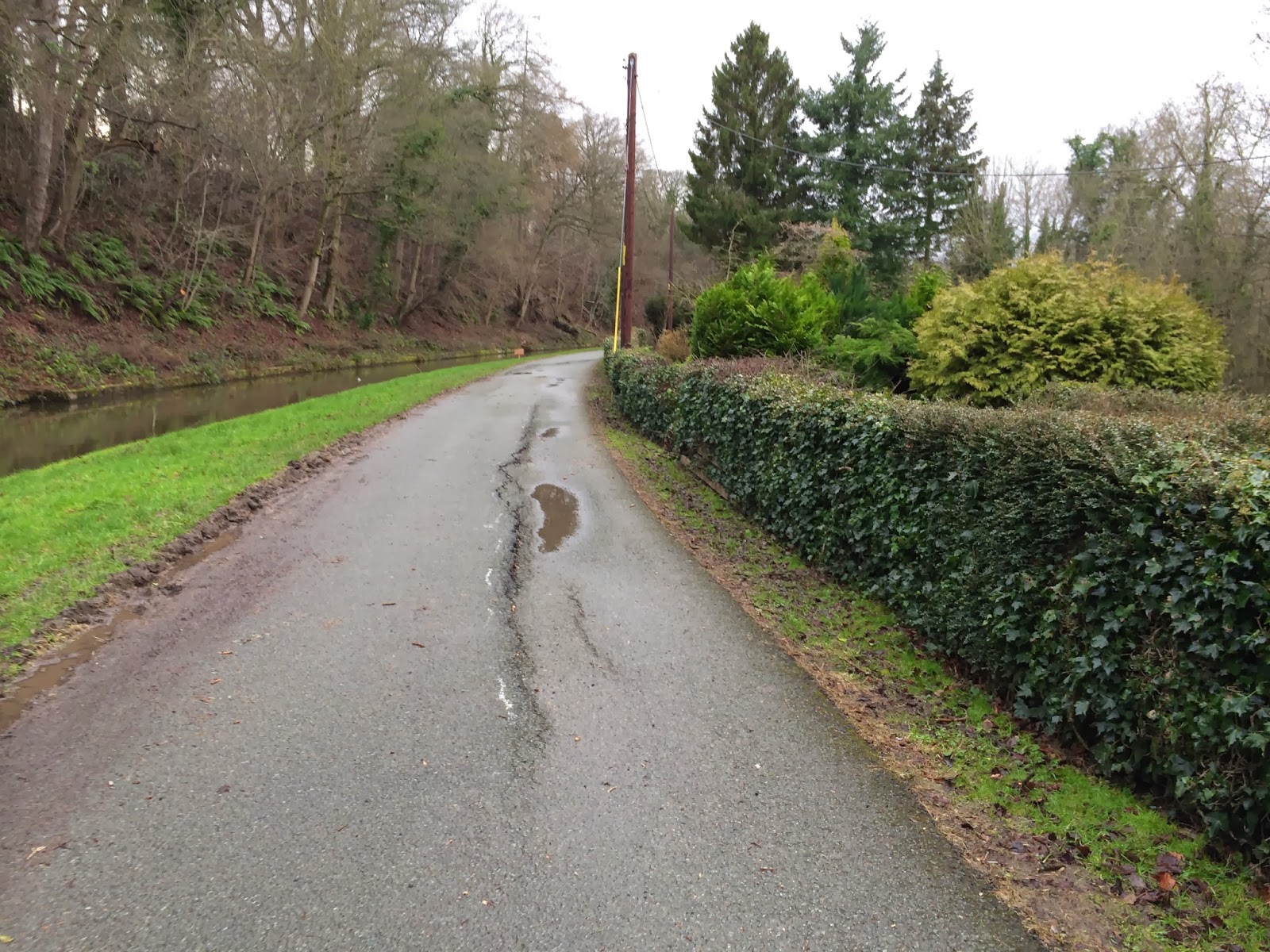 In my opinion the tow path gives a clue to one of the significant challenges this property would present you with.... 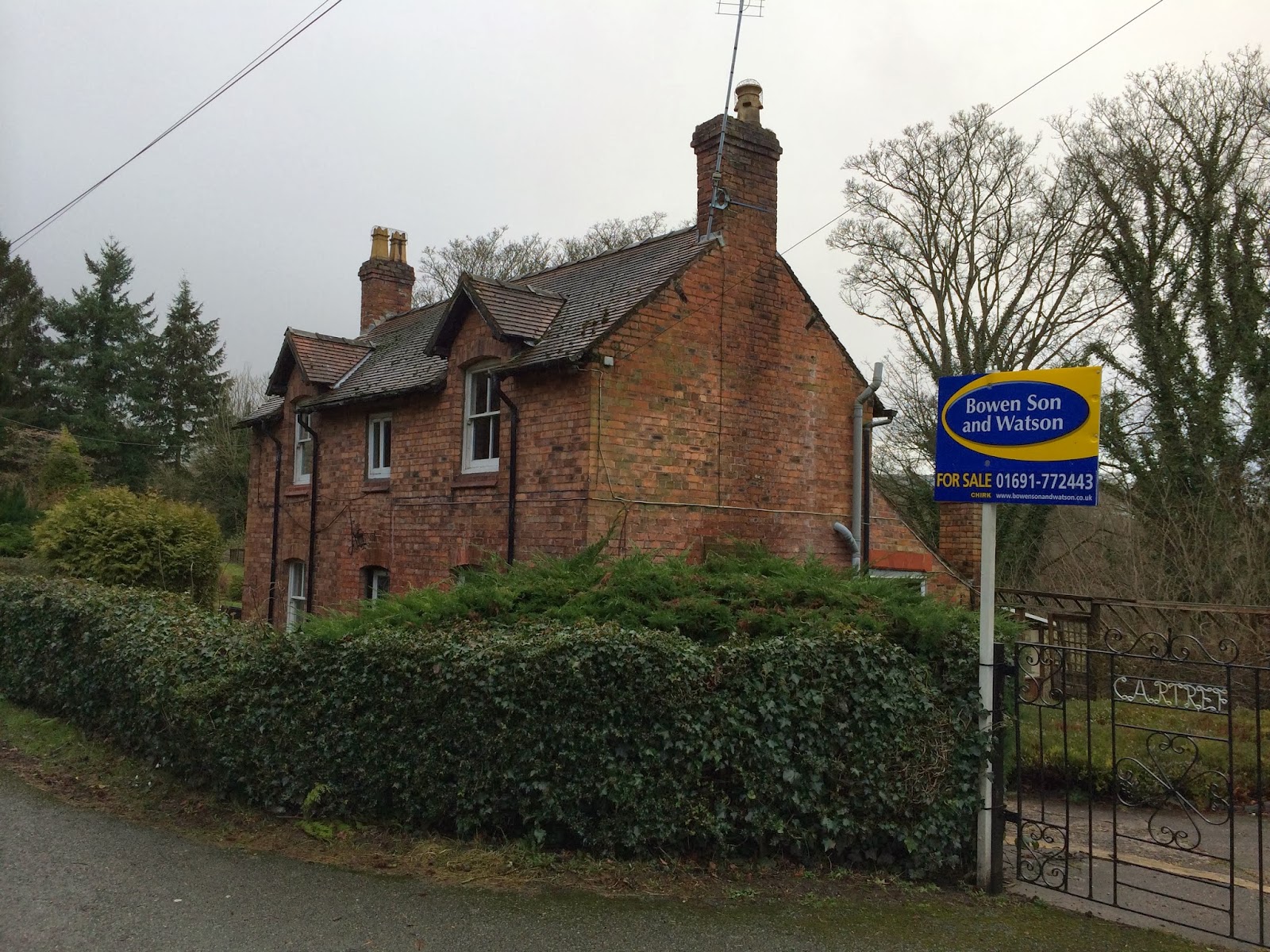 There are obvious signs of slip into the valley below, so whoever takes this on will have their work cut out. It'll make a fabulous house when done as it comes with half an acre of land....

All of the viewings between, well maybe or maybe not time will tell, like I said a lot of pieces still to be joined up.
Posted by Nev Wells at 21:34 No comments:

I am playing with words, to introduce you to Percy's sinks 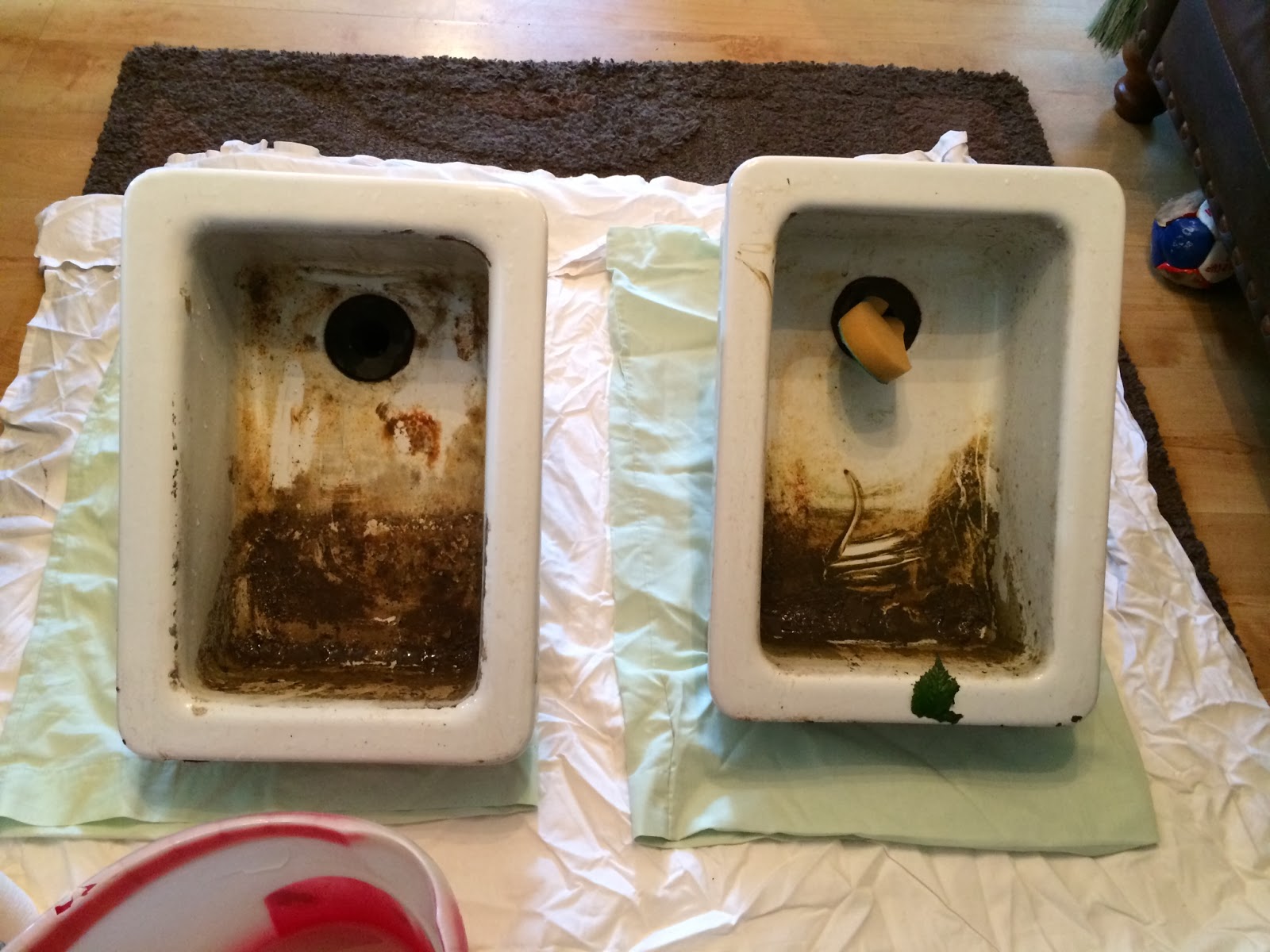 Rachel has tried very hard to keep the kitchen changes in keeping with Percy's age. We tried to get old sinks re-enamelled, we even brought a sink to be plastic coated to look like enamel. Our last resort a few weekends ago was a reclaimers year up Alfreton way. We had visited three already and were eventually guided to Fletchers yard at Somercotes. There were three, these two were the best, £50 I like old stuff, mainly because that is what I am fast approaching ! Plus is it recycling. I have no idea where they came from, they are quite small and shallow ideal for Percy's small kitchen. 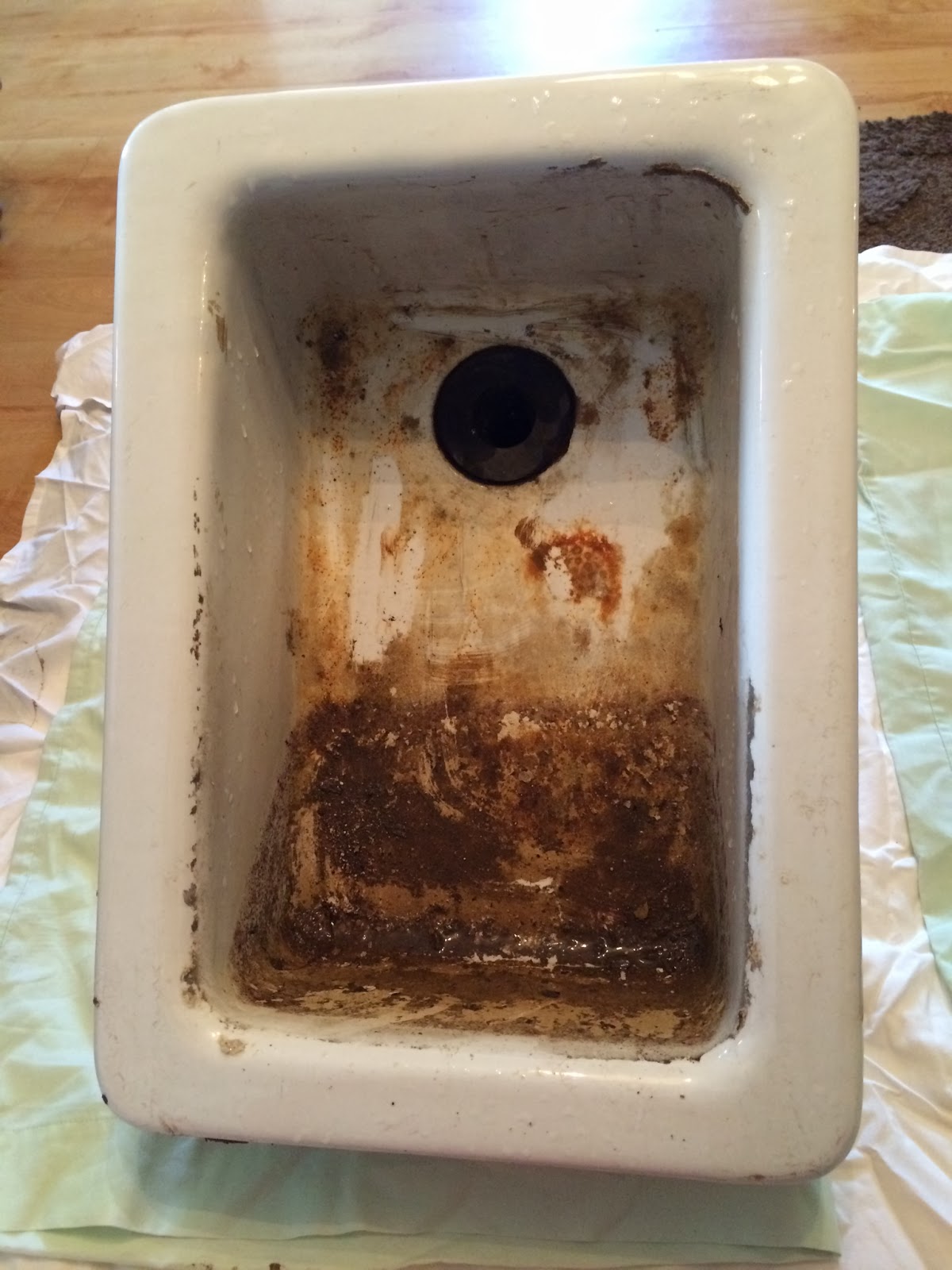 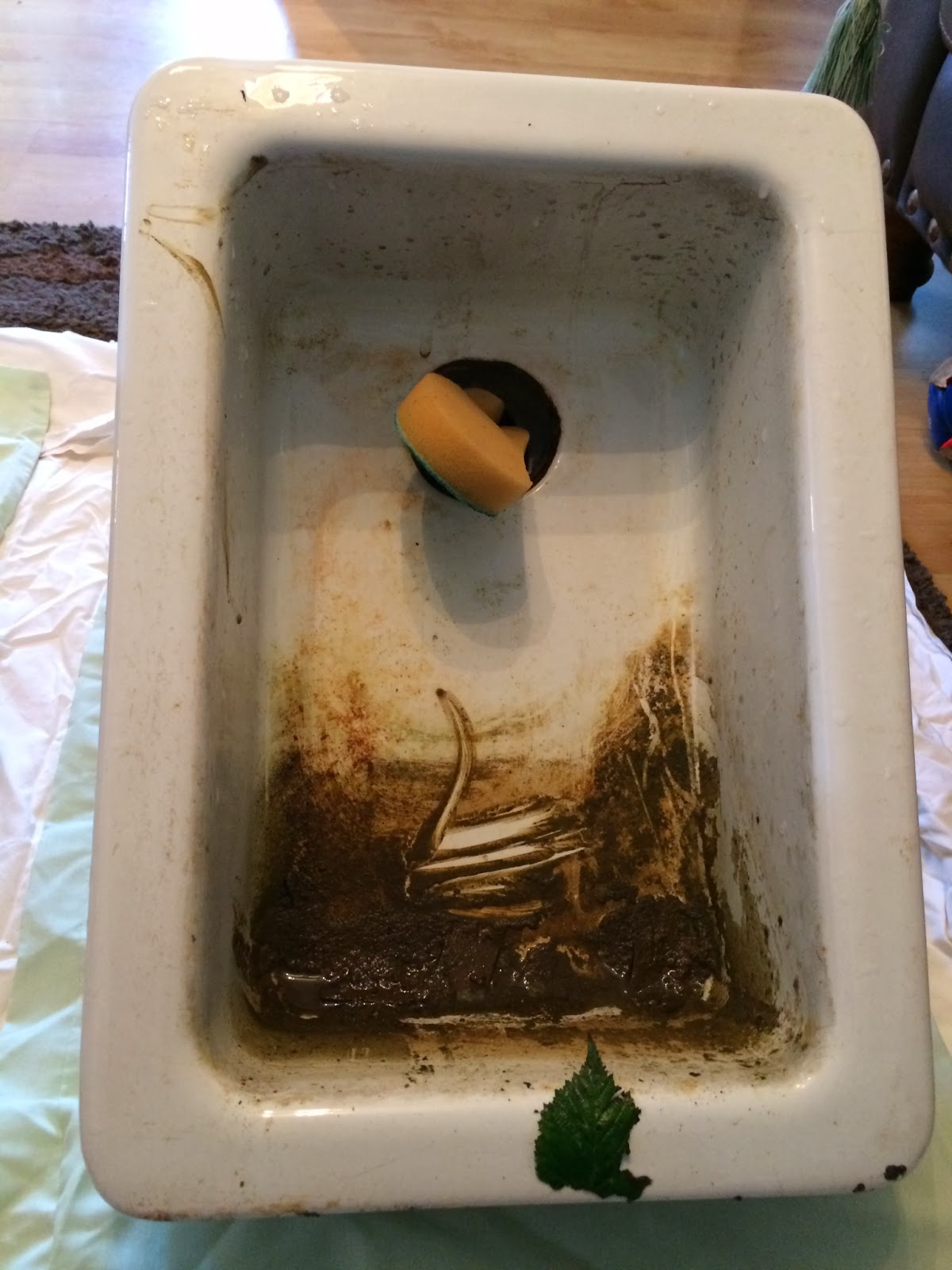 We took a punt on these two ceramic sinks they were dirtier than this, they have been left in our garden to have a little wash or ten. They are set out in our house ready for a good scrub.... hopefully next time you see them they will be on Percy set in a new worktop .... watch this space.

....that's our previous boats. Rachel and I were pondering the whereabouts of our last boat Waterlily the other day. When she was sold we were told the new owners did not have a mooring at the time and were planning on moving her every other weekend around the system. Now I know how hard that can be and the thought of her bobbing about on a towpath somewhere was not great but they had paid us lots of money to have that privilege.

Anyhow it got me thinking about the other boats we had owned.

Sylph was our first boat if we can call it ours but as we did own 1/12 of it (4.75 feet) I think it counts. It really was a workhorse. I think the share boats especially the old ownership boats are the hardest working on the system. More so than most of the hire fleet boats that tend to get laid up in late autumn and winter. Not shared boats, they are all for the best part of 48 weeks of the year. I was advised (not sure by who) that Sylph was sold out of the share scheme, I think after the Allen Mathews outing....I recall being told she was in semi retirement in Nantwitch marina. So next time any of you go past it would be nice to get a picture??

This is Sylph on the Tardibigge flight in the rain, I recall why cruiser decks are not so good at times ! 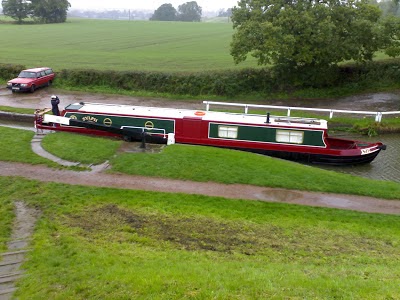 Comet was our first 100% owned boat. A Teddersley plastic topped 45 footer. We did not have her for long, Truth be told it was a way of getting a mooring at the time at Fradley, an area I had wanted to moor at if I ever owned my own boat and we got both by buying Comet. We sold for a good profit as it was at the peak of the boom of house and therefore canal boat prices. She was sold to a lady who wanted a place of her own a safe place and it was a joy to see how happy she was to cruise off on Comet. No idea of boat ownership, I recall we helped them through the three Fradley locks to the Coventry and she was then off to Sutton bridge to get some bedding! 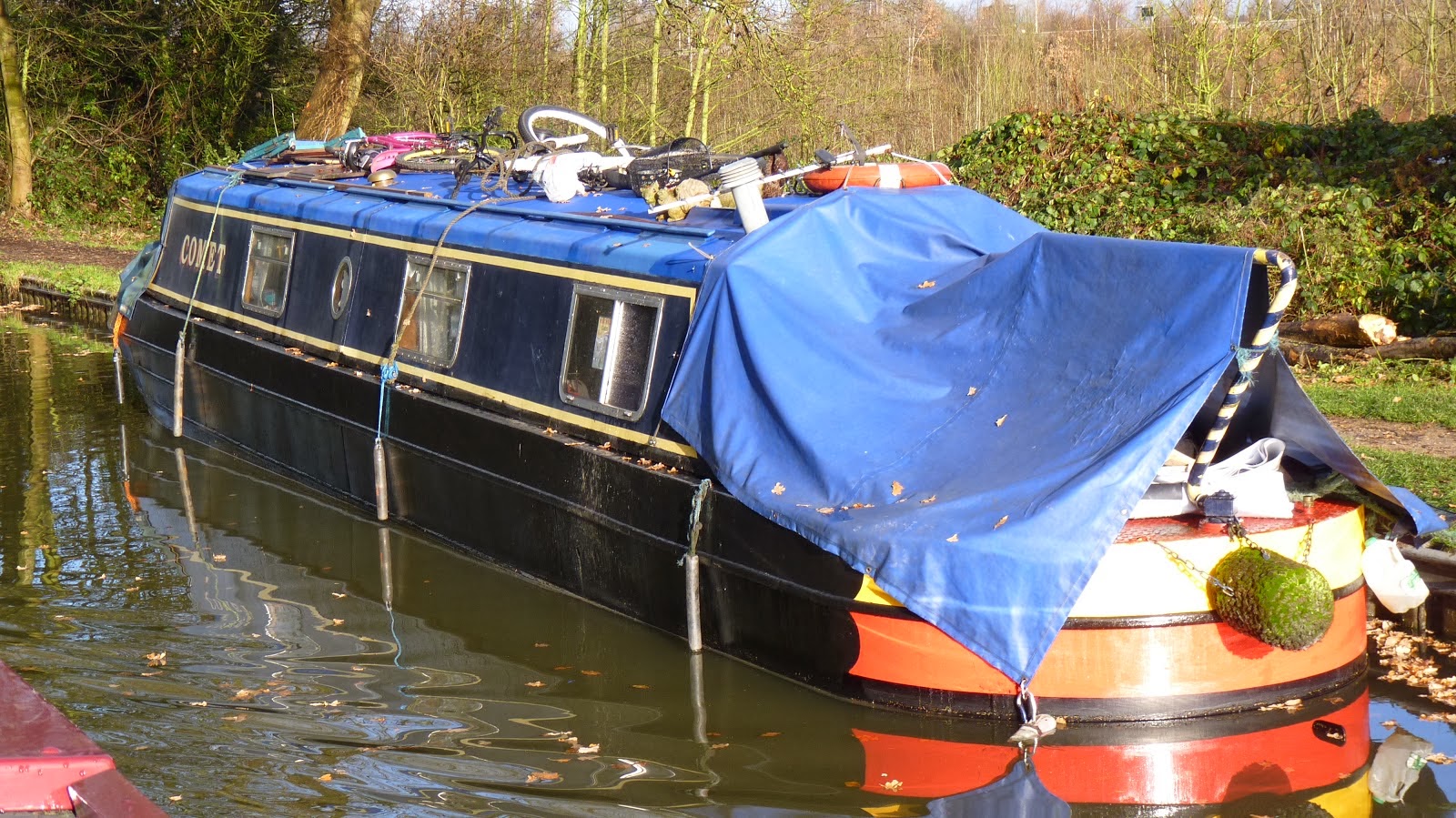 We have since seen Comet moored around the same place just above the busy moorings at Fazeley junction. The picture above was taken there. I could not imagine making a home on her but someone has, just shows how spoilt we are.

We stretched ourselves to acquire Waterlily. She was a Whilton boat,. A lot of negativity surrounds Whilton but we found buying or rather looking a the boats there an excellent research resource and visited well before we brought Waterlily.,

There was a time I though I would own her for the long term. However as we formed more realistic plans for long term cruising her ability to be the boat for ever was limited. I never liked the bow.... she had a lot in 50 feet but that was more to do with how short a well deck she had. She also had a small water tank and small holding tank. She was a holiday boat.The significant issue was the engine bay, I wanted an engine room, where I could walk around the engine, my Fibromyalgia whilst under a degree of control also concerned me as to how well I'd be able to fit in the engine hole for maintenance etc.

Having said all that she was and still is I hope a good boat. We had good times on her and we learnt a lot about boats and what we wanted. 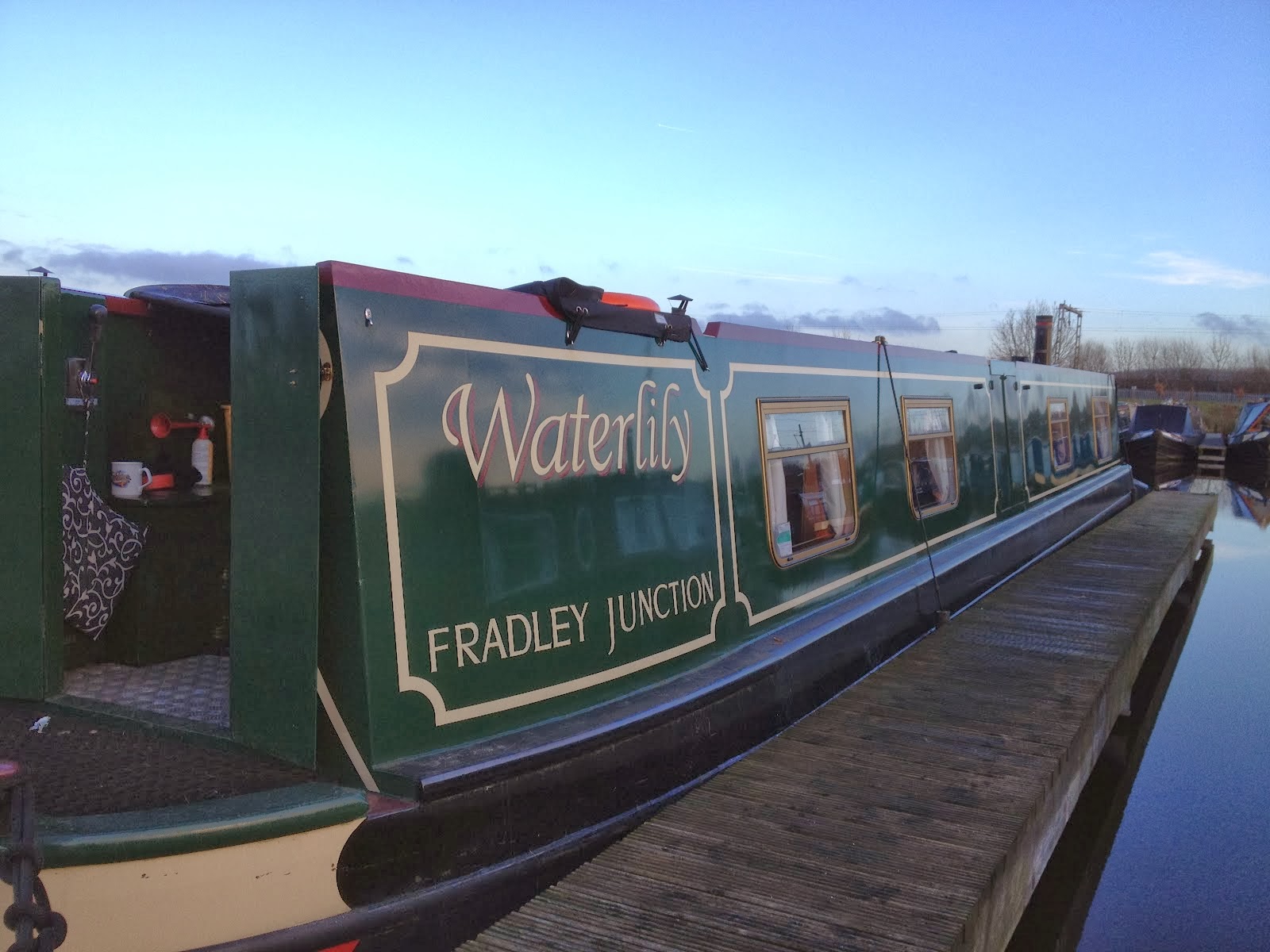 Our long termer - I hope ! Plenty to say about Percy, it is all in this blog. Another boat that stretched us, but sod it this is no rehearsal and Percy is big enough to accommodate visitors with some degree of privacy. We have not used Percy as much as Waterlily purely due to personal circumstances, I cannot be angry about that. Hopefully we will get the inners adjusted next week, pics to follow, then a paint job, something else I should blog about as the deposit is paid.


Percy is an original, a one off hand build by Tony Redshaw. Some might not like that but we do, we obviously met Tony and Gill and they are a really great couple. Percy has been all over the system with Tony and his family - even across the Wash Sue...;-)  now it is our turn to do the same...... and the Wash trip is in my bucket list along a trip on the Thames past the houses of parliament !! 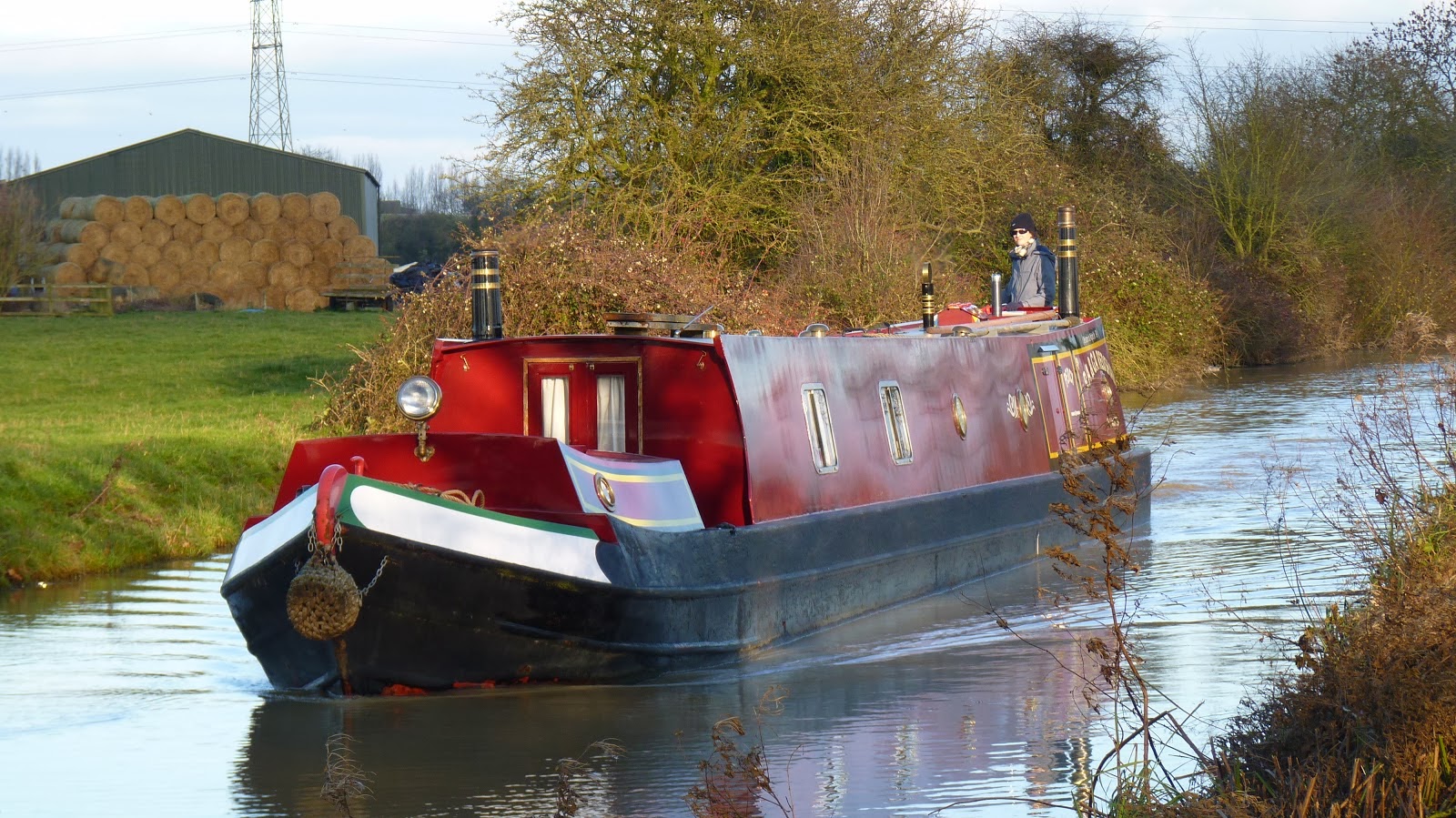 ... and finally. Where are they now, a honorary mention.

NB Snecklifter was one of the first and most interesting blogs I read, most probably the reason along with Granny Button for my blog.

I found a stray bottle in the cupboard the other day, a dark strong beer. Sadly Mikes blog is no longer available - unless someone can find a cached version? Mike and Liz sold Snecklifter and settled just above Matlock. I'd like to know they are still OK if anyone stays in touch. 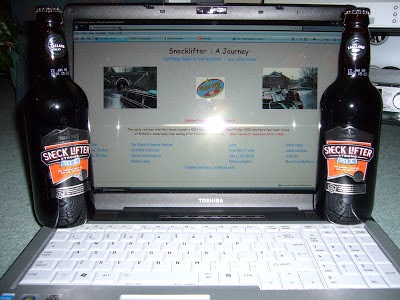