A real double header of a title for us.... Travel and Boat updates

There was a film called the longest day about the Normandy Landings. Our bike ride into Europe this year was to 'do' the Normandy beaches as well as paying respects to our first world war dead at Ypres in Belgium.

We passed through Deauville the French city that the Honda Deauville takes it name from. It was ownership of this bike (I still have one) that has generated such good friendships across the country. 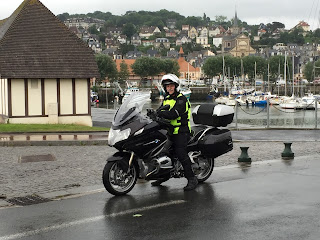 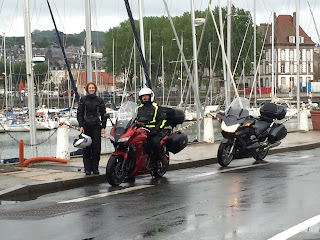 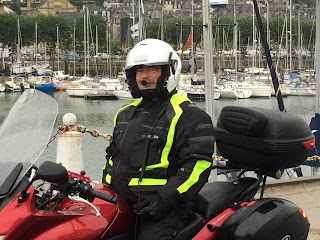 We also called in at Pegasus bridge..... a real strategic point for the invasion. 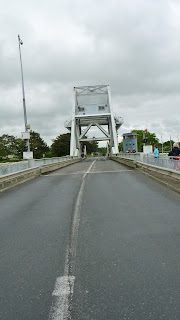 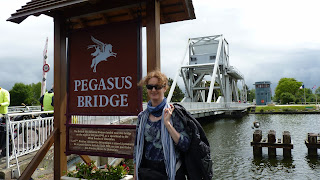 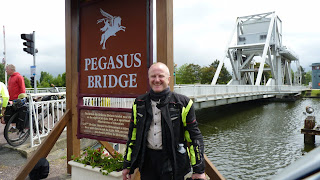 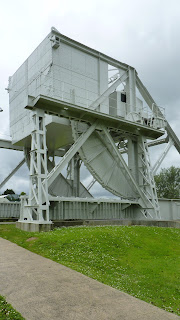 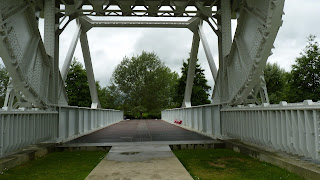 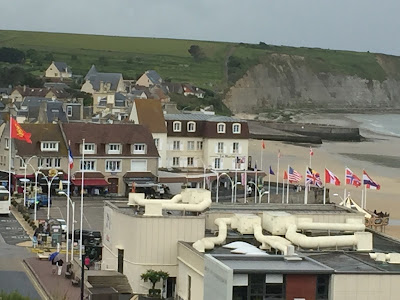 Our room was in the building centre left above the red canopy. 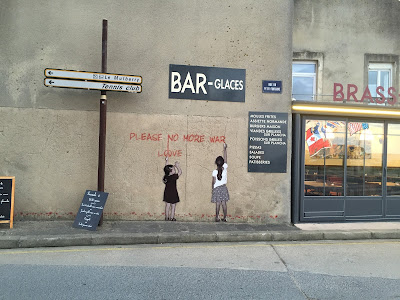 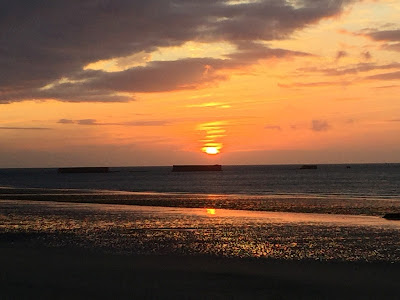 I still cannot get my head around how lucky I have been to enjoy the peace in Europe so so many brave people fought for. Now we seem to have exposed discord in Europe again, not for me but for my children and grandchildren. So many young voted to remain and now they will inherit the challenges of a remote England and a broken Union.

We spend two days in Ypres and had some good food and paid our respects to the fallen at the Menin Gate. The last post is sounded every evening at 8pm. 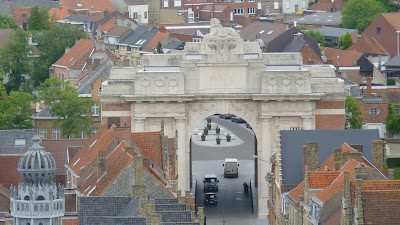 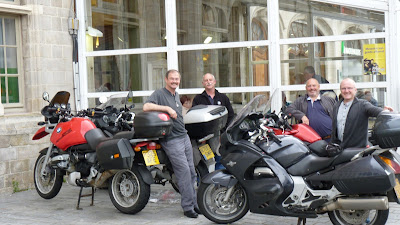 We did the Ypres museum and added the tower tour. There are some fine views from the top of the tower but the icing on the cake was a lass tuning the bells than playing a fine tune which was deafening but very entertaining. 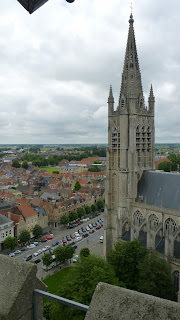 Worth turning the volume up on this one .....

As the house is now on the market I am back on the boat some/most of the time now. I arrived back after a week of very heavy rain I understand and just in time to get the longest day - except it was the day after due to a leap year.

Fishing into the night and with just the accompaniment of the twilight bird song is a simple but luxurious pleasure. 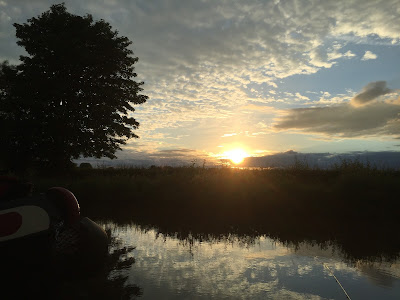 We have Percy booked in for blacking at Kings Bromly early July so I wanted to turn the boat ready for the trip up there in a couple of weeks. So Thursday morning I worked a late shift allowing me to take Percy to the Alrewas winding hole .... 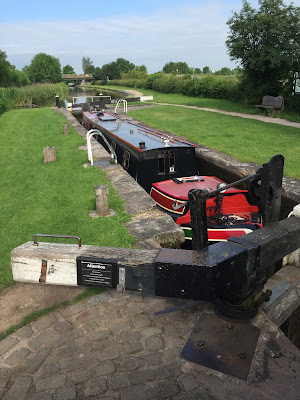 I can't tell you how tempted I was to cruise past and carry on !!

I started wiring in the fridge with the new 8mm wire but I will need to borrow the 'fishing' kit from the electricians at work to get the thicker wire through from the kitchen to the fuses in the engine room.

So back with a cold, no doubt due to 200 miles in the rain, but an excuse the watch us beat the Aussies  3/0 in the rugby and hopefully an England and Wales progressing in the euros.
Posted by Nev Wells at 15:35 2 comments:

So cast your minds back to Thursday.... Long day at work then home eventually getting to the boat at about 8pm. I don't normally use the back cabin unless we have guests but it was such a nice evening I ate my tea on the drop down table and listened to nature. 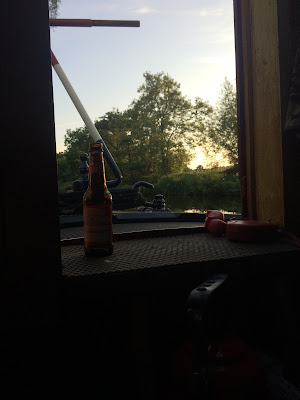 I do need to have a sort out as I'd like to use it more, might even sleep there. I do harbour half an idea of converting the bed room into a dinette, still good for guests and use the drop down bed more in the back cabin..... One to ponder.

I finished the evening with a dilemma, both lads have brought me nice whisky for Father's Day. The Balblair won out, but it is nice to have a choice and to toast my dad and Rachels dad who were both whisky drinkers - they would approve. 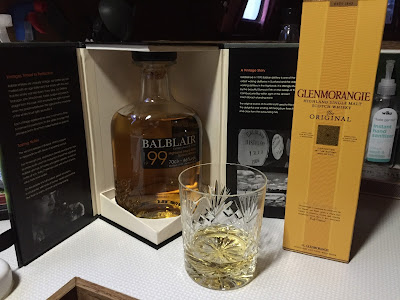 - Posted using BlogPress from my iPad

Location:Fradley junction
Posted by Nev Wells at 23:15 No comments:

Only those who have been there will know the pain....

....that is the pain and effort of downsizing and/or disposing of your house of many years/memories. The physical pain (try fully tiling a large bathroom) is as bad as the mental pain of moving on from a place of safety and security and of a family growing up and making their way in the world. I spend a lot of time there alone and I swear I can hear the echoes of long ago laughter, the tears of arguments and the steady breathing of a family growing up and growing old.

All very sentimental but that is what I am.

How people downsize to a boat I do not know, it is not part of our plan thankfully but I have the utmost respect for those that can walk away and dispose of so much - and I am the thrower away'er of the relationship - a dangerous person to be left in charge !

Lets see where we get to over the coming months but it is fair to say we are close to the end of the hard work and if I am looking for the positives if we do sell there is so much less to do to move and if we do not sell then we have a beautiful house to enjoy for the future - win win.

Now the boat, good old Percy sitting bobbing patiently waiting for its turn. What do we have in store....

Well in no great order...


Thats about it for a little list.... my sister in law Sharon txt'd me last night and said how much I would be looking forward to a rest now we had done the house.... little chance !

Off to plane three bedroom doors now post carpet fitting then make up beds into bedrooms  - that should see me busy tonight !