From 100mph to 4mph ... well you know what I mean. Off the bike over to the boat yesterday for lawn mowing (I hate lawn mowing such a pain but I like looking at mown lawns - got the house one to do tonight and maybe two more to do this weekend - more on that later......) 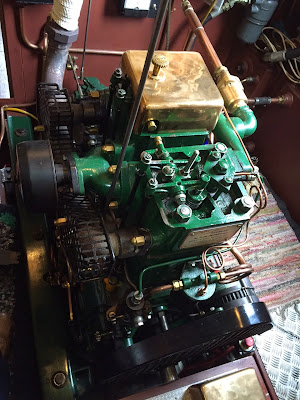 This is Percy's "Donk" with its rocker cover off allowing me access to lube the rocker arms, drop some oil in to lube the valve stems and add a little to the pushrod cups. I have hand pumped about 8.5 litres of oil out and the same had gone back in. No filter as such on the lister as the technology relies on the oil just dumping the waste in the sump rather than holding it and having it 'strained out' in the filter. All very basic which I like as I understand most of it.

I have just ordered oil and filter for the motorbike so that is a job to be done before Germany, I am sure it will not be as easy as an oil change on Percy. 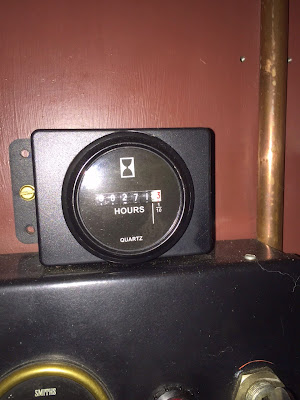 The last time it was done it was at 30 hours in April 2013. For many reasons we did not use Percy  (cruising) much last year and when I was aboard for the 10 months I did not run the engine much at all being very frugal with power and using solar to top up.

So with a clean up and wipe down, plus fitting the 12v socket in the engine room so I can use the little inverter for TV rather than using the power using inverter all the time - job done. I need to go back and see if I can do work needed on the inner window cladding for the new windows that will be part of the paint job in the July August time....

Finally one for the night time cruiser to be aware of....

How and why I'll leave to you (yes that is a lock bollard)  ? 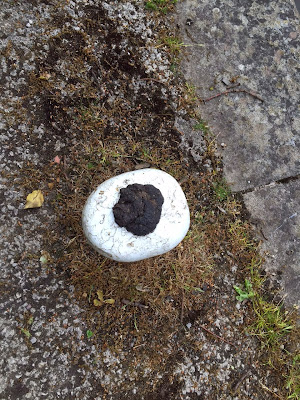 Gailey looking empty but not by canal 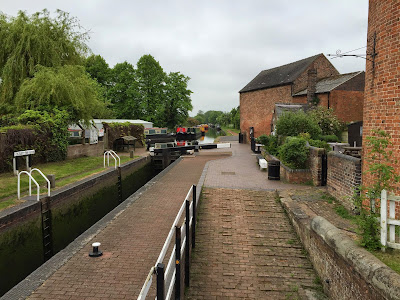 This time last year it was Somerset  - my blog post a bank holiday in the wet this year the annual Honda Deauville meet is Shropshire, Staffordshire & Derbyshire doing two routes over two days. 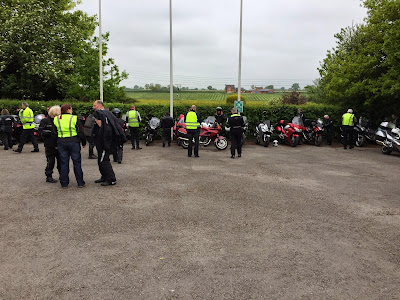 We are not in the hotel only being 40 minutes by bike. On route to the hotel for the meet I pass the toll cottage/tower so I stopped and took this pic for my blog. Empty, which is not as it was last time we came through, I recall we watered up while in the queue for the lock !!

About 30 mins from home to Gailey in the bike, when we take Percy down to the Stourbridge we will pass Gailey but it will be 2-3 days to get there, boating really is the opposite of biking !

As to the run yesterday, not too many photos. I was at the back of the ride to be dropped off for problems .... first one being the bike leader and event organisers bike breaking down 3 mies into the 160 mile ride and having to be recovered home ! Poor Kieran 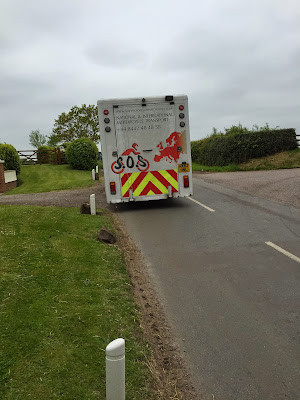 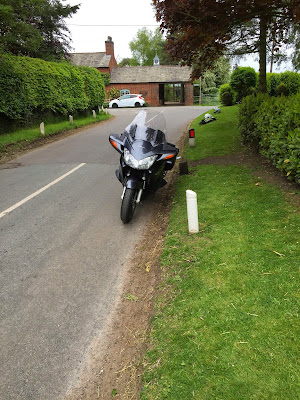 Then it was a stop for a bike and pillion who was having a hypoglycaemic episode, got them back to the group after administering an emergency banana. Followed by a comfort break by one of the group which ended up me taking them on a tour of Shropshire as my Sat nav decided it knew better-  -it did not. 260 miles for yesterday by the time I got back to the hotel then flew back past Gailey and home for a BBQ at Sharon, my Sister in Laws  new house.

We passed Turners garage and went under the aquaduct at Stretton.... the four counties by bike.... I am sure I have done similar before

Today is Derbyshire and I am joining later waiting on Rachel so off to Buxton. One year I'll do the Crick show !!
Posted by Nev Wells at 08:32 No comments:

They have written to me telling me my 'One Plan' with unlimited tethered data is being withdrawn, but good news, they can offer a contract at double the cost and only 4gb of data.....

Not a difficult decision then.

Nice fella, tried all ways to sell me something, offered me nothing by way of apology or reflection of customer loyalty. So I told him I would not be using Three again in the foreseeable future and recommending to all I know to steer clear.

SO STEER CLEAR OF THREE ;-)

Ironically I was very close to cancelling my EE 4G contract but at £20 for 15gb it is the best mobile contract out there and pleasingly I get 4g on my mooring from EE but only HSPDA  (3g+) from Three.