Should we be worried ?

I am reading C&RT have basically borrowed via bonds 100 million pounds in January and will be doing the same later in the year for a further 50 million. They also agreed a rolling credit agreement with RBS in the recent past for 25 million pounds.
The revolving credit facility allowed for up to £25m to be borrowed by C&RT for periods between one month and the date of the facility’s expiry in June 2019. The RCF has a rate of interest 1.75 per cent above London Interbank Offered Rate (LIBOR).C&RT did not make immediate use of the RCF. It was not until the 2016/17 financial year, when the amount that could be drawn down was doubled to £50m, that it acted. C&RT borrowed the whole amount. £10m for repayment in June 2017 and a further £40m for repayment in April 2019.C&RT also has a loan of £13m inherited from British Waterways. When BW became C&RT, its few debts were written off with the exception of £13m owed.

Now I am a simple soul and borrowing money to pay back borrowed money is a bad strategy. If I were in this position I'd look to see where my spending was going and curb that, or adjust my budgets, short, medium and long term to fit my income.

There is only one outcome here, massive cuts down the line when these debts are due, and the people making the loans will be long gone... it does sicken me that they think we Joe public can't see this ??

I love the canals but they are going to get less and less as the cost to maintain them cannot be met so the likes of the Caldon and northern canals will just get closed and be left as cycling walking and fishing venues and not boating !!

Another new gadget for the boat 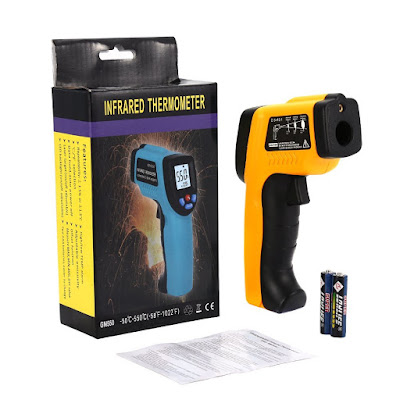 So this is now part of my toolkit.

I need to balance the radiators at home also so it will be useful in getting the flow and return pipes to an acceptable difference  - demonstrating the radiator is in fact radiating heat at a decent rate.

Changing the gas - you've never had it so good !!

We all hate changing the gas I guess. It's a difficult job, manoeuvring those small cylinders into and out of the front gas locker. Well how about swinging one of these  around.... these are the heating fuel source at the cottage we rent down south. Daft idea and expensive to heat the house for sure. 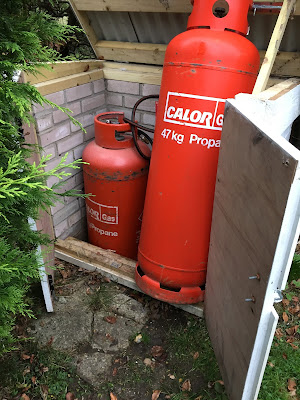 Did I say lots of miles

.... 450 miles  today New Years day -  to get the cat a long story a bit sad really but maybe something to say later. For now I hope you all had a Happy New Year and have some plans for 2018.

My yearly review will be delayed for a few days  - I know you can't wait !
Posted by Nev Wells at 17:45 No comments: