Storm Ciara arrives so where do I head to...

The plan was to go to Percy on Saturday morning to see out the storm but a need to do some diy on the cottage plus two Rugby matches and a football match saw that plan fail.

However I was a bit uneasy over the solar panel on the roof of Percy and the wheelbarrow wedged into the newly made compost bin at the mooring. The solar is fixed with 4 ‘taxi sign magnets - well thats as they were described with a guarantee of holding to 70mph. So a lights out at 10.30 pm and an alarm set for 6.20 am saw me sleep through the storms arrival in the moorlands. A chilli in the slow cooked and two spuds in the Rayburn with the timer set on that saw me head off  across  Staffordshire’s deserted roads to Percy.

As I had suspected looking at the storms trajectory the winds were coming across the canal at Shebdon. The canal runs nearly east/west where we moor so the winds and rain despite swirling around were hitting the high hedge on the opposite side giving a fair degree of shelter to the Moorers here. We are a little luckier as the hedge across from us for some reason has been left to grow giving even more protection. That’s not to say Percy isn’t rocking and the wind is whistling around us, its quite a nice place to be  - but then I do like weather extremes. 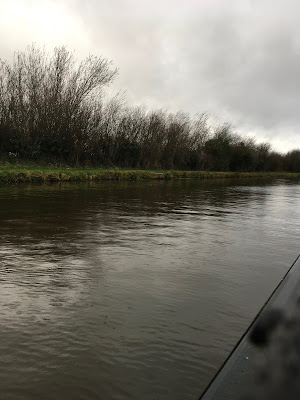 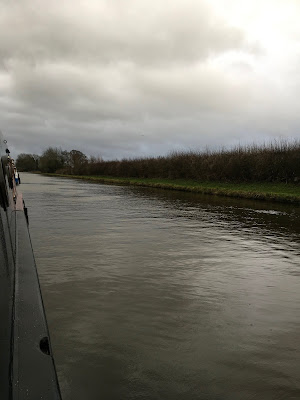 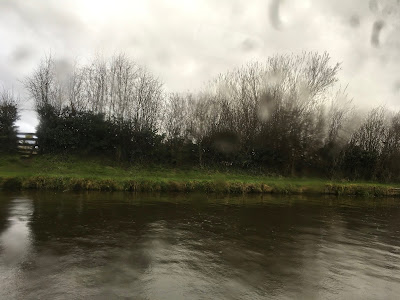 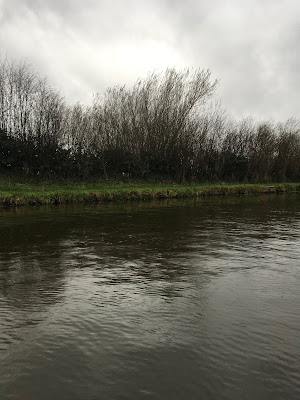 Not a wave to be seen thankfully - we also have the same protection back at the cottage with our south westerly aspect protected by a row of cottages that take the wind for us. Anything Northerly then the cottage takes it on the nose. 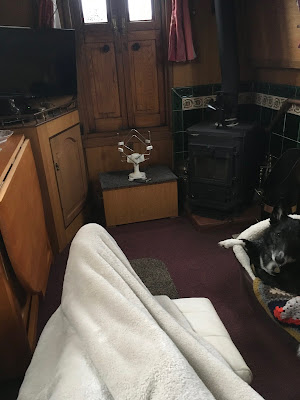 Not a long stop over so no fire but the much used hotties in use with a blanket so with a coffee and a book to read like I said a nice place to be.