Ok, let's get the customary moan out of the way - Hopwas dog walkers are unable it seems to pick up the excrement that comes from their dogs. The towpath by the northern visitor moorings is peppered with dog $hit. As its also right next to the school even more of a shame on you to those who are not responsible dog owners.

Ok, last night we moored in Polesworth and walked to the chippy. On the return we walked past the Abbey and over the pedestrian footbridge that crosses the Anker river. 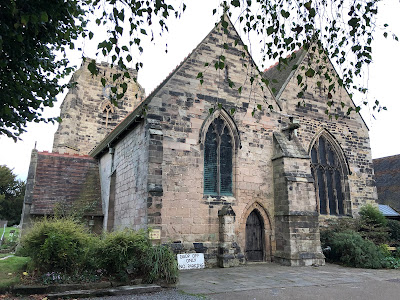 This morning we had a lazy start as we'd booked a table at the Tame Otter for 6pm. So we had a brunch breakfast before Rachel did the engine lubes and checks. 11.15 we were off and had a nice cruise through Polesworth and under the M42 and into Tamworth. As we tickoever'd past Alvecote marina I recognised James from the Pen makers boat ( not sure he does the pens anymore )  Quick hello and the obligatory photo and we were past. It's an impressive marina full of historic boats many looking quite resplendent. 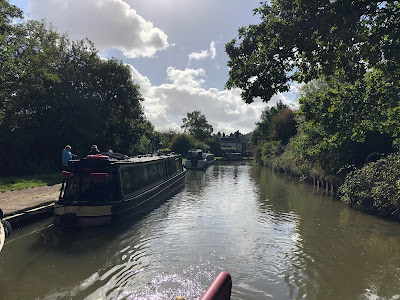 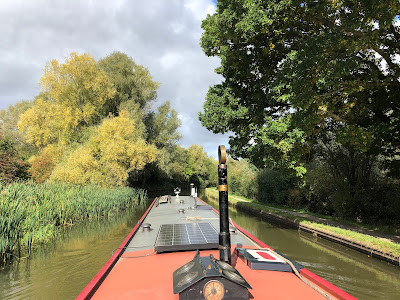 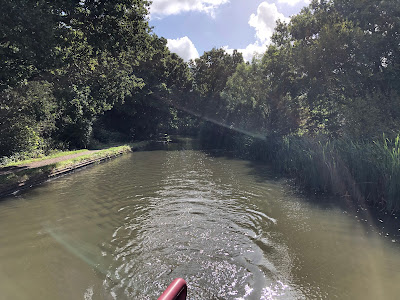 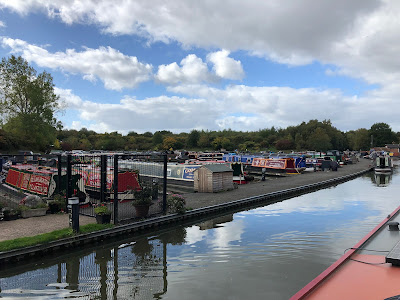 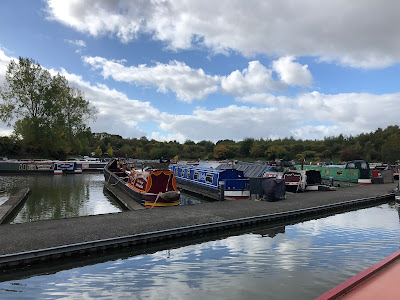 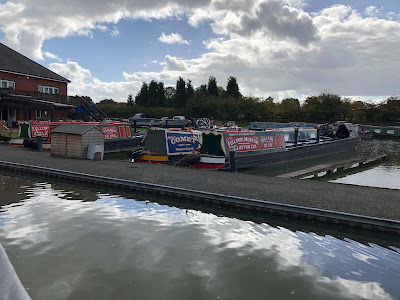 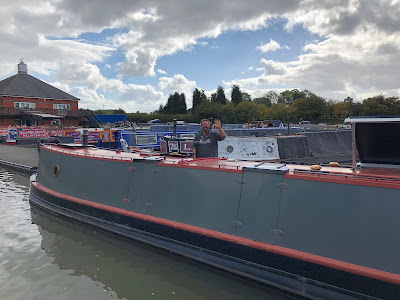 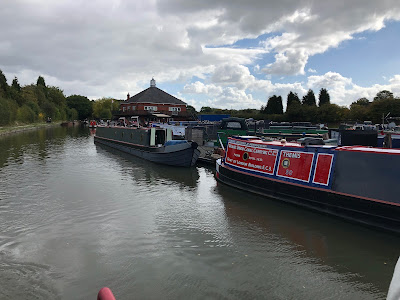 As we were the other side of the marina the first boat of the holiday came up behind quite quickly so we pulled over to let them pass and immediately an alarm went off on their boat so they dropped into tickover to investigate. Soon sorted and they motored off. They obviously arrived at the Glascote locks before us but not so much so and they got a full lock and a boat swap so we were turning the bottom lock... not a problem it was a nice afternoon and no other boats about.

I walked the towpath from just after Alvecote to the locks so was able to have a nose into the marina at Glascote. The boat that overtook us steerer came back up to the lock looking for his wife's phone as she thought she'd dropped it at the locks....no sign so he headed back saying she must have dropped it on the boat... 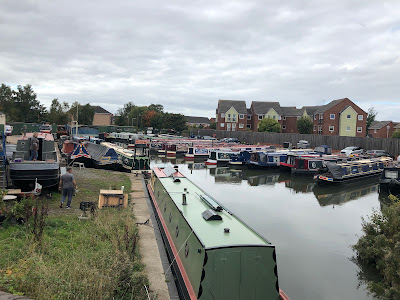 One thing we have noted is normally we see the odd dead fish in the canal, we've not seen one but we have seen at least half a dozen dead birds each day. Very sad and we think avian flu?
This was a dead Starling and the other was a dead pigeon. 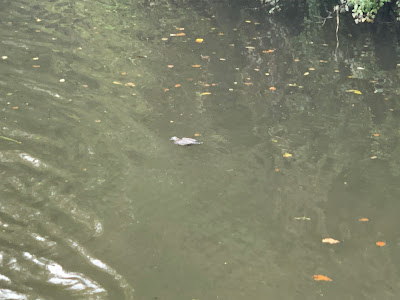 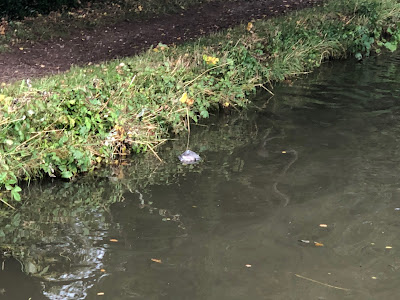 Tomorrow all being well we are aiming for the Plum Pudding at Armitage as we've not moored or eaten there.
Posted by Nev Wells at 17:32