When I brought Percy back from the bonded warehouse in 2018 after blacking the hull I did the first day and part day single handed. Our good friend and boaty neighbour Mandy brought Rachel from Shebdon to the Bratch locks to meet me where we cruised from the Bratch to Wheaton Aston in one hop then home to Shebdon the next day. I titled it 'The freedom solo cruise'  - treat yourself read it here click me

One thing that I'm not so keen on it getting in and out of the locks solo - especially the rather deep staircase lock - Bottersham staircase? It entails as most will know a challenging climb of an often wet and greasy ladder up the side of the lock chamber wall. Hard enough on its own but with a windlass in hand even more risky.

I have adopted a stupid system of getting half way then chucking the windlass up onto the bank.... risky in that its a manoeuvre done by taking one hand off the greasy ladder half way up and also those that have ever dropped a windlass will attest to the fact they adopt spring like tendencies when dropped and luckily up until now the said windlass has not bounced back to either hit me on the head or worse still hit the boat roof from a distance !

When I did the Bratch one time single handed - it may have been the solo cruise back linked to above.... I thought 'I'll buy one of those expensive windlass holders from the Bratch lock lockies'.... however one of them was an arse and by his actions had me climbing up the lock ladder ( with windlass) to close the bottom gates while he stood waiting at the top gate - instant decision not to give them my trade in some form of peevish revenge !

Of course I've regretted it since when solo boating through locks... 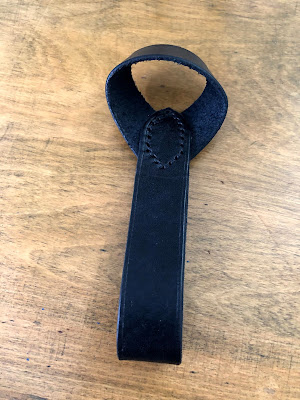 It arrived and will be tested at some point - it's in the bag of stuff to take to Percy next week when we go over for a check and maybe start the stove install. ( The stove install will be completed in time for high summer for sure !)

https://www.cruisingcrafts.co.uk  is the link to the boaters who supplied it....