So the sweet ... We are grandparents again as Benjamin Wells arrived safely into the loving Wells family of Tom Courtney and Teddy 14th October 9.43am  Always a relief ( I always shed a tear of happiness, this time luckily no one witnessed my weeping as it was done on a walk along the edge of my valley) 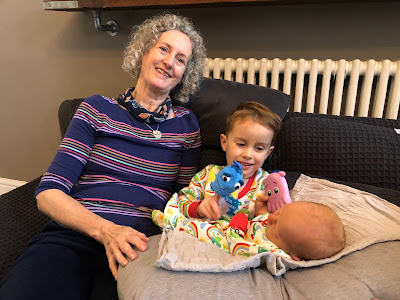 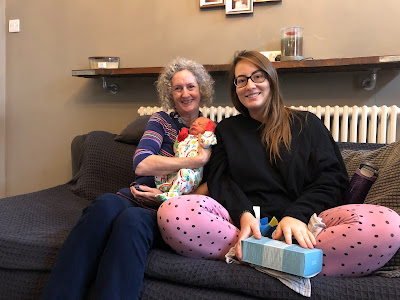 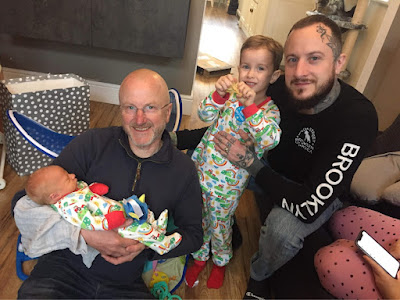 I'm so proud of them all.

Then last week my youngest son and his fiance left London and their lovely two bed apartment in Greenwich to seek new challenged in the frozen north - well Buxton for now. They arrived for an overnighter with us in the cottage with a large van one of our neighbours let park on his 'yard'. Loaded said goodbye to the London life and drove 4 hours to us - an emotional and tiring day.

Next day Wed 20th October I followed the convoy of Van and car to a very upmarket Buxton postcode right next to the new Crescent hotel and overlooking the Buxton Opera house. We unloaded and set up home.

Now the bitter(ish) I took advantage of the fact Callum had the large van and the next day he picked me up and we went to Shebdon and cleared the mooring ( Canoe gardening tools chiminea etc ) It was hard to arrive and see the mooring in its finest, sunny, boats moving, people pottering. We emptied the shed and moved twice plastic storage shed and walked it down to Mandy who gave it a good new home.

The new tenant had taken a liberty of dropping a load of slabs ready to remove some of the grass I suppose plus cut back some of the vegetation that meant I didn't have to worry about emptying the compost heap we had filled. In some ways he had done me a favor as it really did not feel like out mooring as he'd 'taken over'. So we drove off and I didn't look back.... 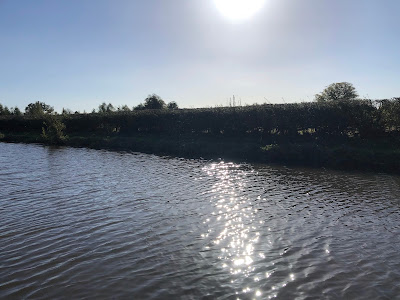 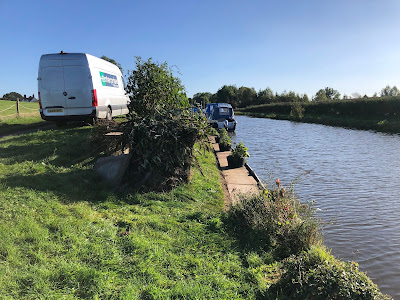 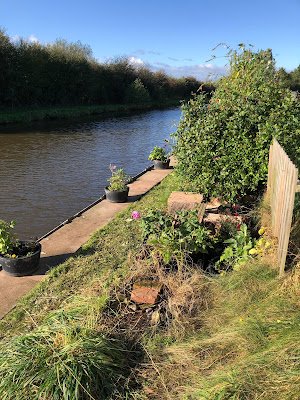 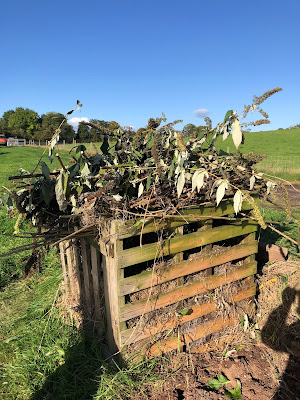 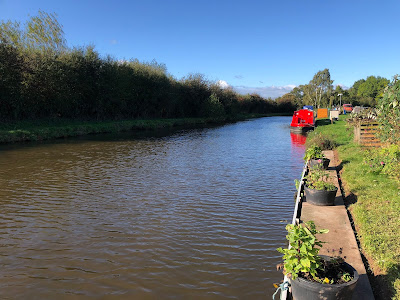 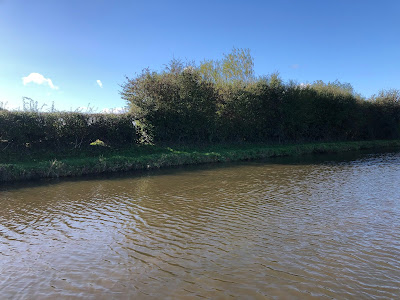 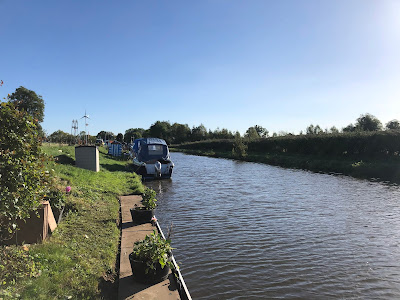 .... I visited the boat a few days later to basically check it and collect  some stuff. All was ok. I'd brought a 25 meter hook up. Where we are in the marina is right at the back in the corner and the marina actually is very shallow at the back so reversing in means the rudder gets locked and there could be a risk of it being lifted out of the skeg cup. To be fair Julie and Tony offered me two alternative mooring but where we are is quiet and there is only one pontoon I'd prefer which is right opposite the entrance where we can see boats moving.... if we stay I'll see what it taked to get one of those moorings.

Anyhow the umbilical cord connected I switched the changeover switch to generator ( I will need to change that label to 'hook up' ) then switched  the battery charger on and ..... no lights on my newly installed Galvanic isolator  - how ironic, remember this post  - click me  It was me telling you I'd installed a piece of electrical equipment I didn't need !! Batteries being charged and lights all quietly being fed mains electricity for the first time in our ownership 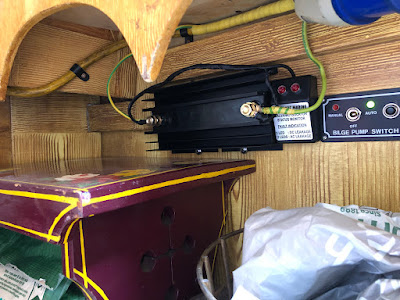 So no loose current emanating from my boat's electrics ( If I've understood the thing correctly) Just so ironic that I fitted something I thought I didn't need now its earning its keep.
I took a walk around the facilities as I emptied the cassette (no more transferring full poo tanks in the back of the car post cruise)  - or rubbish, or recycling. The elsan is spotless, the showers are like new as are the loo's. The workshops seems comprehensive ( they don't do gas work but they have someone who does - we need the regulator and pig tail replacing as its quite old - picked up by the insurance survey) There may be a few issues with the T&C's that we got after signing up ! But that may not be an issue we will see.
So for now I'm waiting for a visit from Paul Redshaw to look at the engine and check it over. In the interim I've got the gas locker to paint, the cabin to polish maybe put in a new floor in the kitchen and bathroom and maybe finish the stove in the back. All jobs technically not to be done in the marina, but we are at the back out of the way. If we get challenged we'll be off, there has to be some common sense.