A bit in the past now but Friday night the 26th November the first named storm of the 'season' arrived and it seems the Staffordshire moorlands in England  ( Scotland's East coast took the full brunt) took a big hit.

We woke on Saturday morning to a good five inches of snow and more where it has drifted. Then the power went off about 9.30 am. Rachel was singing in a snowless Derby just 25 miles away so she left and stayed over as the weather stayed windy and very cold -6c according to our neighbour Meriel.

So it was Genny out which ran 10 hours straight keeping the Rayburn on so food and drinks were not an issue. With some extensions I was also able to have the internet on as well as a solitary lamp. The Aga stove in the lounge had been in 36 hours as  type this keeping the house warmish. Candles when it got dark along with two storm lamps kept the place lit. Bed at 11 with two hot water bottles. Ipad and Iphone kept charged with two power batteries.... I'm pleased the 'redundancy' systems worked well so I was warm, fed and entertained. I did also offer support.... in case you were thinking smug git !

Think I'll explore is a way of powering the central heating from the genny as well so we can have full house heat and more importantly hot water. I think I can do it without too much 'risk'.

The birds have gone through two full servings of wire worms, suet pellets, peanuts Fatballs and lots of loose seeds... they need it for sure. The ice was and inch thick on the pond so that was broken and removed.

We took a walk this evening into the twilight down the our lane that's closed due to overhead powerline work.... ended up spending half an hour helping someone in the local village get her van free in the snow and ice.... 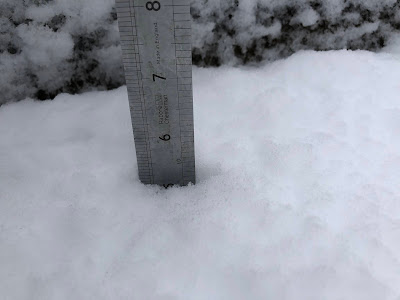 The most snow we've had since being here 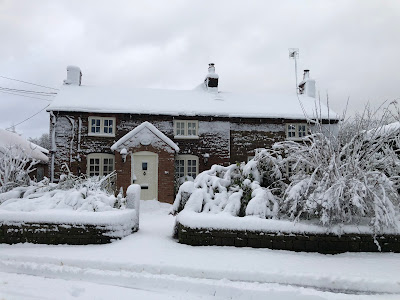 Power off so emergency planning mode  ( the old job taught me well!) 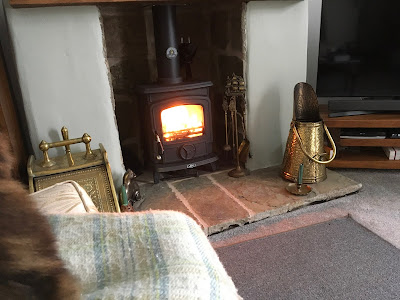 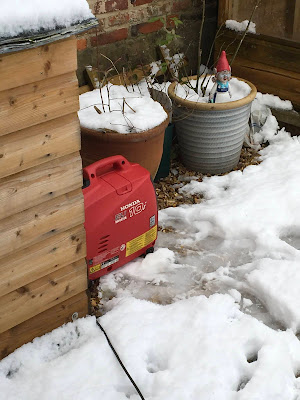 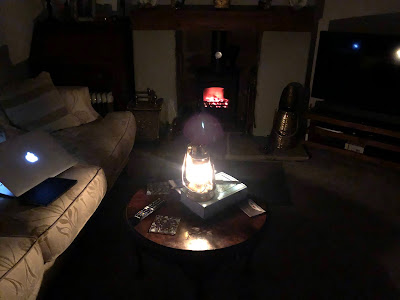 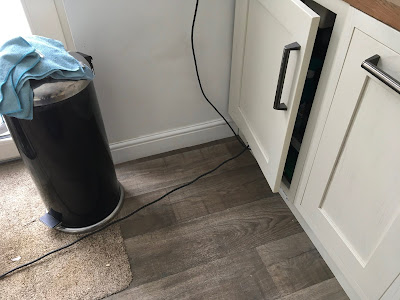 .... The next day and after sorting out the boiler that had locked out and clearing up Leia's 'accident' my day started at 6am .... and ended with a nice walk into the darkness 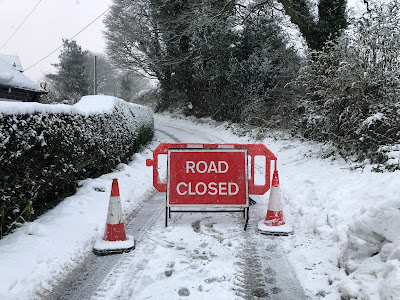 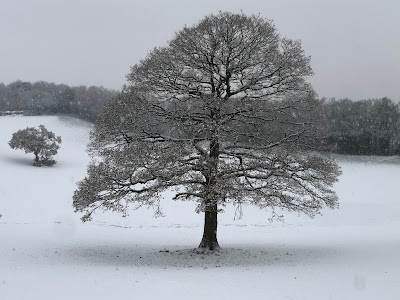 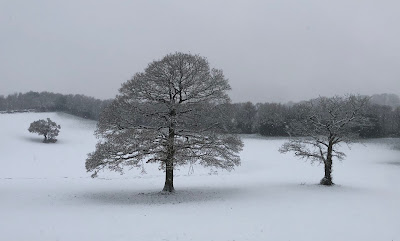 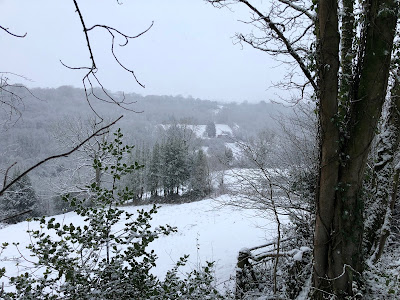 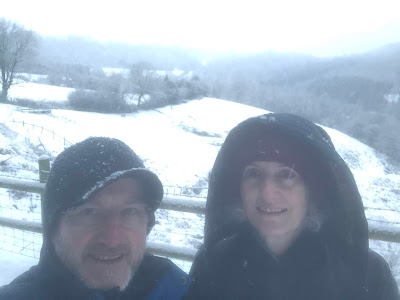 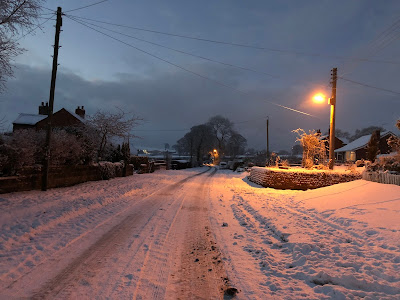 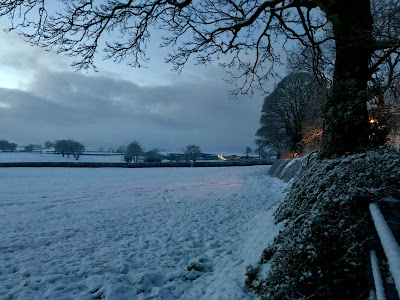 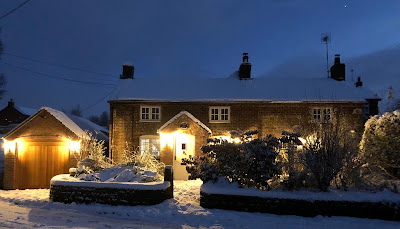 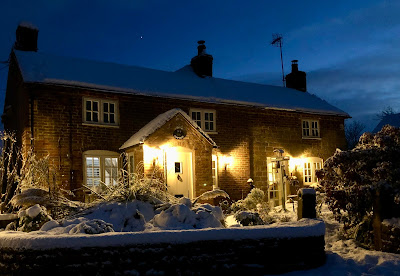 Now let's hope it rains to wash it and the salt away !