It was an earlier start today as we had the Atherstone flight of locks to climb - all 11 of them. We were sure the boats all moored below the lock were there for an early start, as it turned out only one had moved off when we set forth at a tardy 9.15 am.

We were in the first lock at 9.30 am having had to empty it. That set the pattern, we were turning locks until we met Adam and Adrian who were on their Autumn cruise link Here  I was lashing up the front fender tyre wrap and didn't notice Adam  ( I should have recognised the voice) had arrive and started talking to Rachel. I've met Adam and Adrian a few times on the cut... at Fradley and on the Caldon plus they visited us at Rachels cottage in West Ashling when she lived down there. A brief chat then we went opposite directions. We had the help of a volunteer at the last three locks and made it to the top in two and a half hours.

We moored and went for coffee and cake in Atherstone.... lots of pubs ! Did a bit of shopping and then headed off just in time for a hire boat to take our mooring. We cruised off to just before bridge 33 where Victoria and her butty came past. I hailed the owner and asked about Joe Hollinshead ( I think that was his surname) random link here he was the fella who did our bow and stern fenders when we had Percy painted in 2015 - I'm sure he told me he was born on Victoria at Fradley  - the steerer said he'd not been on the boat. 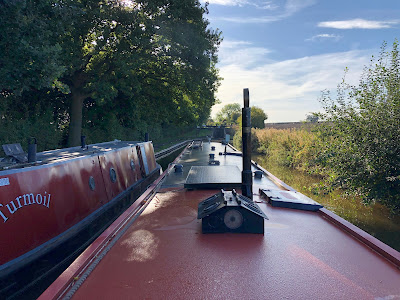 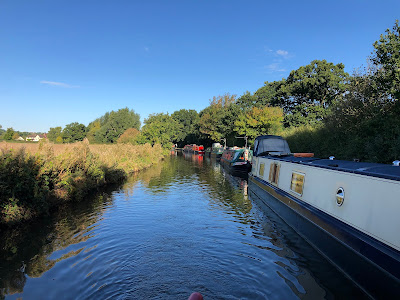 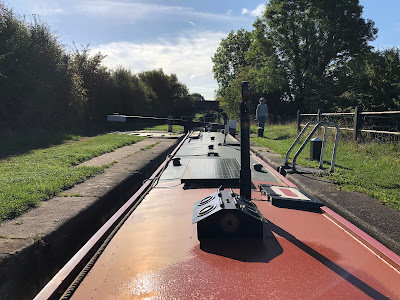 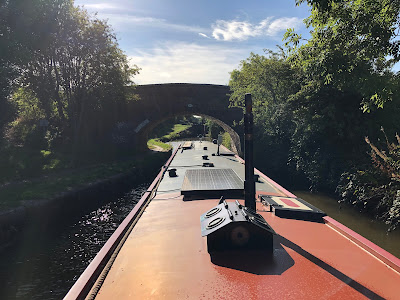 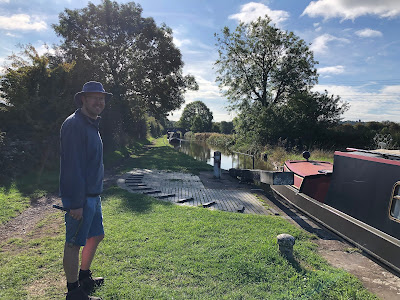