To the the end (not quite)!

What a difference the start of today was. We had half a plan to reverse back into the winding hole at bridge 44 but Rachel wanted to motor on so we did and it was a good decision. It's evident the canal is shallower in more places the further towards the terminus you go. Still not an issue for Percy but we had to be mindful. 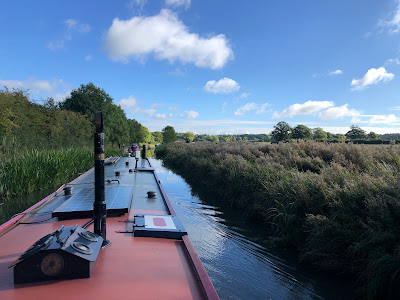 After an hour and a half we winded in the lovely wide winding hole just after bridge 53 - Town Bridge at Shakerstone and started the slow motor back down the canal. Met only a few boats but the two we did meet were really motoring  - one hire boat with a terrible breaking wash .....

We stopped at the water point around 1pm at Market Bosworth to fill up which took about half an hour - on starting up there was a ting ting tell tale sound of something on the prop. So tied back up and removed a belt off the prop. Other than that we then had quite a nice cruise in warm sunshine but an ever present cold wind kept popping out from behind hedges and trees to catch us out. 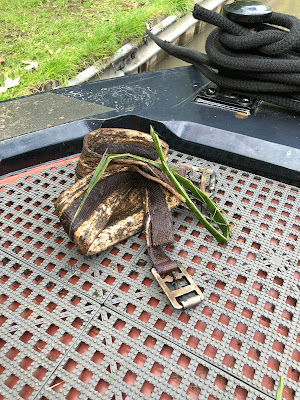 We stopped again at Sutton Wharf to empty the cassettes and dump the rubbish then finished the day just after bridge 28 as we needed a few supplies. I walked to the small convenience store in Stoke Golding to get them  ( really grumpy owner who nearly threw me out when I asked if he had Soya milk !)

Tomorrow we are going to stop and visit the Triumph factory then head off to the end of the canal ready for an early start Friday as we need to be done by lunch time somewhere we can sit out the heavy rain and wind the forecasters have been talking about. 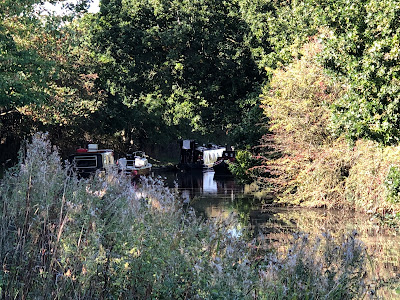 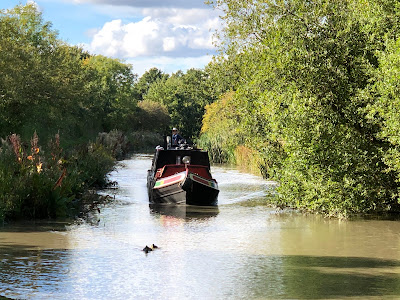 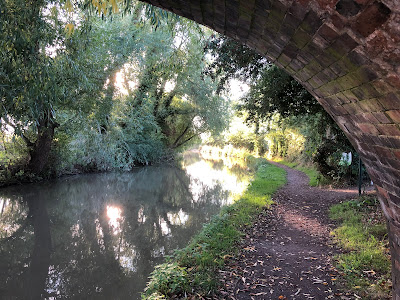 Really grumpy shop owner meets grumpy boat owner (based on this weeks so far).
That should have been some meeting of minds (worth selling tickets for!)

Spot on.... it was a politeness Mexican stand off as I paid, no thanks or goodbye from either of us !