A place to revisit for sure

In April I was due to ride to the lake district and do the passes - Honister, Hardknott and Wrynose. The Chinese virus of mass infection got me and I had to put the trip off. Spring forward a couple of months and I was off finally just for three days to explore the passes and the area once again on my smaller Royal Enfield Himalayan  bike - very suited to the trip. 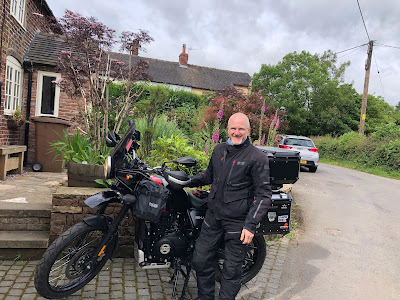 I chose an off motorway route up (and back) through the moorlands peaks and dales of Staffordshire, Derbyshire and Yorkshire. 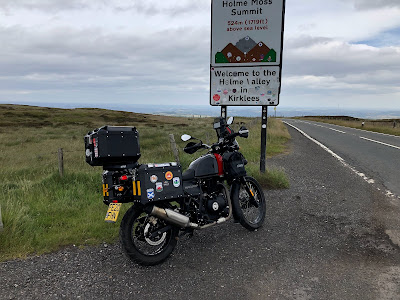 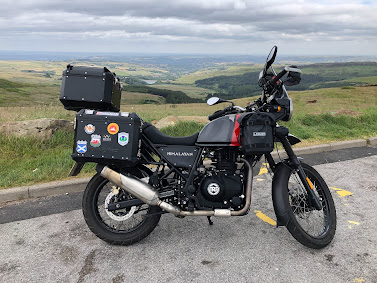 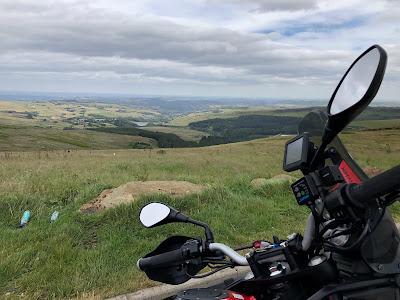 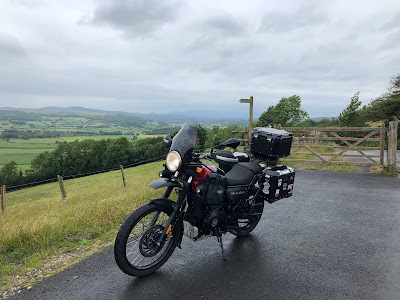 The next day I was up and out on a predefined route that was about 140 miles taking in the lakes passes and the sea side. I've only ever been into the lake district twice and that was to climb Scafell Pike for the three peaks challenge. I was very soon taken by the stunning landscapes and remoteness of the place.

The passes were a mix of 33% inclines and descents with off camber switchbacks on poor road surfaces with the added challenge of sheep and lambs plus other motorists of varying confidences - and rain, as I went up the rain came down.

Last year I rode the pass of the cattle or Bealach na Ba in north west Scotland near Applecross which is a right of passage for motorcyclists, that was interesting but these lake district passes were much more technical and more of a challenge. I enjoyed Honister pass the most as it wasn't so peaky but much more beautiful. 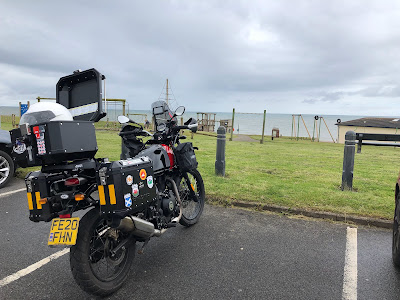 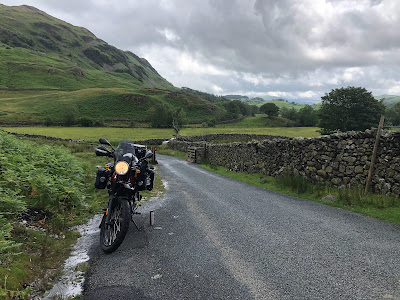 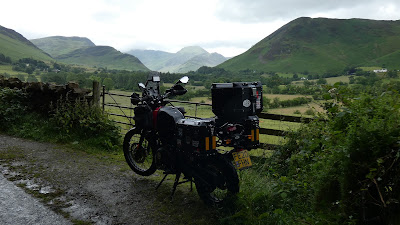 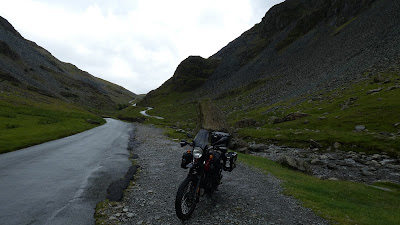 I think this is Wrynose pass 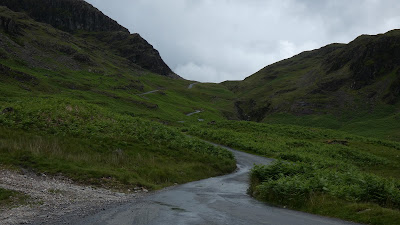 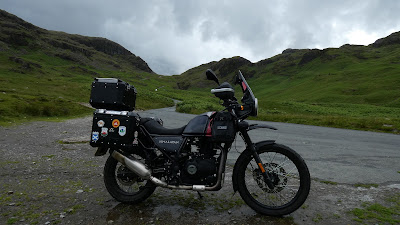 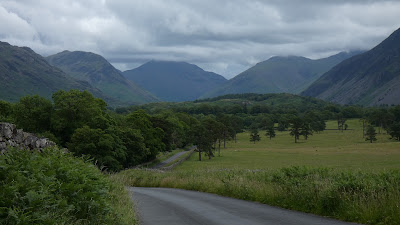 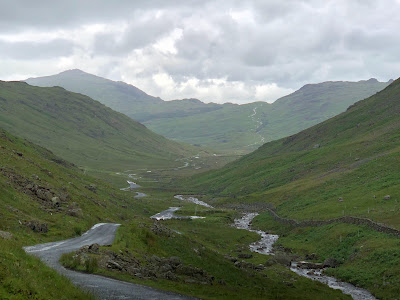 Honister pass was my favourite 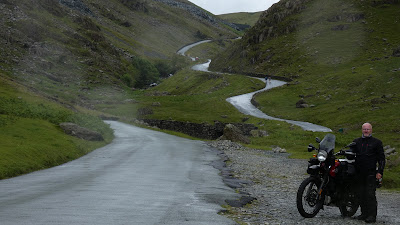 These were a few looking down to Windermere 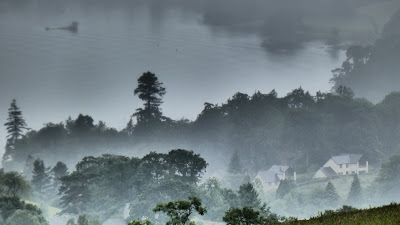 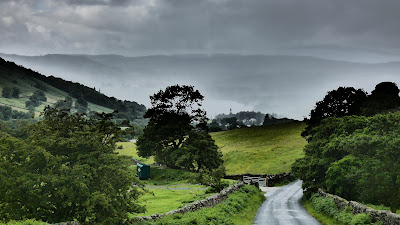 Above Derwent water  - this was a bit extra a friend suggested I ride and I'm glad I did - there were some decent drop offs to the left hand side as I went up. Came up through Borrowdale and over the tops to Keswick 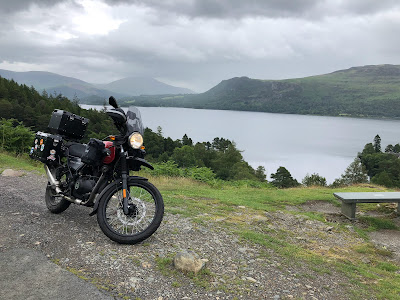 I cut the ride short at just over 100 miles as I was getting tired and it had been a wet on and off day. Plus I was a bit punch drunk of the roads and the scenery. It also gives me a reason to go back and find more routes and ride some of the passes again (in the dry !)

I am so pleased I've quite late on discovered this part of the world - it was so much more than I expected. Why go abroad when there are such jewels on my backyard. Add this to North Wales The Peak District  Scotland plus Ireland why would I ever need to go further afield. Speaking of North Wales I think that will be my next trippet so need to start planning some of the smaller roads where my Himalayan excels.

The ride home the next day was equally lovely - however if I ever talk of coach holidays please shoot me  - two coaches turned up in Settle as I was having my coffee and sarnie and it was like a scene from the walking dead! I called to have a coffee with no2 son in Buxton and that delay saw me get the only weather of the day as there was a great big cloudburst waiting for me over Ipstone Edge !

Don't fanny about with your lives, no one is guaranteed a tomorrow, and if it is you could end up on that coach tour ! Seize the day  - it is strongly advised!

As to boating the dog is not able to do the boat anymore so all we can do is go and clean Percy, that's tomorrows job. Today is house cleaning  - life is not all trips and adventure  !