Retirement - best job I've ever had.

Before I retired I was offered a farewell meeting with my boss's boss - the second in command at the University. As an aside he was someone I had no respect for, in my world respect is earned and not decreed by status, anyhow I digress. One thing he could not understand was why at 55 I was retiring ( he lived for work and had no hobbies it transpired in my cross examination of him!) I put him right on the very long bucket list I had and despite my reservations I held about him I was a little sad for him as unlike me he had little outside of work and no reason to retire and explore life.

That was a long winded introduction to my last week - after we returned from Percy I had agreed to meet friends for an outside coffee and bacon catch up  - 150 miles into north Yorkshire. They were coming from Ayr, Middlesborough and Lincolnshire. 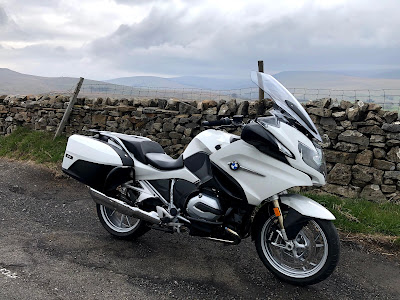 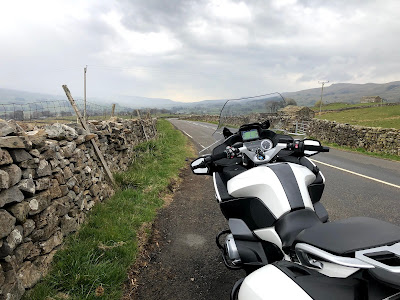 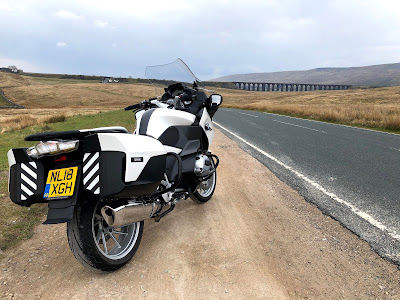 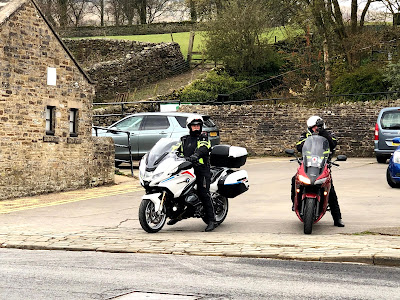 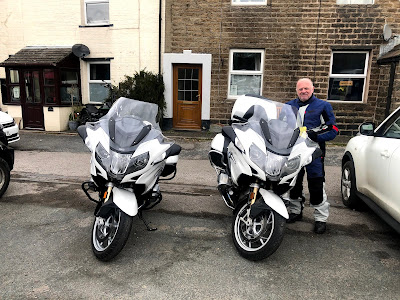 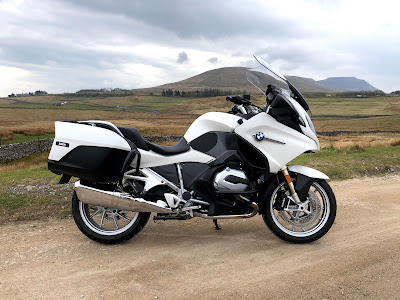 A great ride on a great bike, I've got to consider it the pinnacle of my biking career ( to date as there is still that DCT Goldwing to consider !)

I've a year ( hopefully) of biking adventures lined up on this bike and my other bike a Royal Enfield  Himalayan. That bike is just about set up now for my LEJOG ( Lands End to John O'Groats) all by side roads over 11 days. I'm doing that on my own and I finished packing one full pannier with all the 'stuff' I hopefully will not need. I've some extra front rack panniers being delivered this week and I'm hopefully set !

We are on the big bike just after I get back from LEJOG for a few days with friends so I rode one of the routes I have planned that was again glorious until I pulled into the Cat and Fiddle where it started to snow ! 3c at the pub and 10c off the Buxton plateau ! 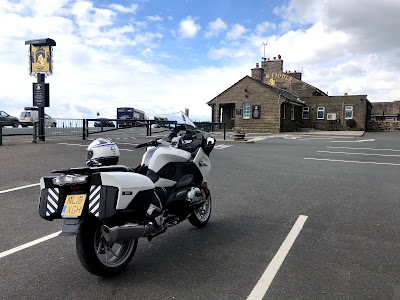 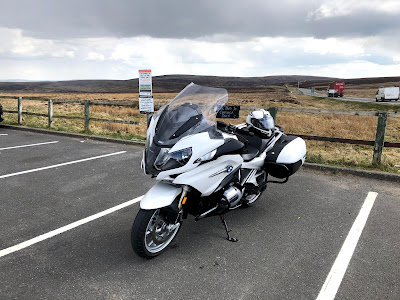 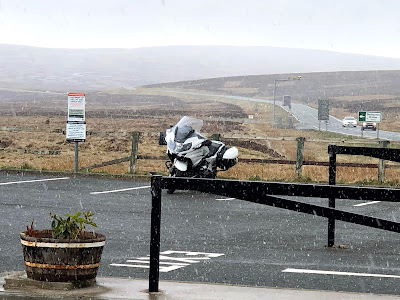